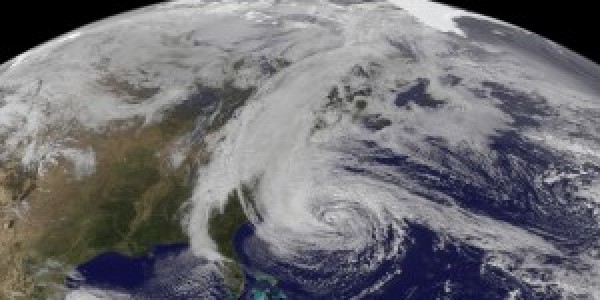 Posted on May 21, 2013 by Robert G. Ottenhoff, president and CEO of the Center for Disaster Philanthropy

One of the goals at the Center for Disaster Philanthropy is to help fellow donors learn from each other about disaster response to improve the impact and effectiveness of disaster philanthropy in future disasters. As part of CDP’s new interview series on Hurricane Sandy response, Bob Ottenhoff recently spoke to Chris Daggett, president of the Geraldine R. Dodge Foundation and Hans Dekker, president of the Community Foundation of New Jersey to get their insights. Here is an edited version of the interview transcript.

Bob: Of all the things that happened to you and your organization in the five and a half months since Sandy hit, what surprised you most?

Hans: I continue to be surprised by the diversity and complexity of the needs that our communities face. Every day I hear of some impact that I had not considered. Not only are there are lots of gaps that need to be filled, they also seem to evolve rapidly. Crafting an effective response in that environment is challenging.

Chris: No real surprises. Disaster response and recovery is an emotional, frustrating, difficult and long-term process. There are many organizations involved, both public and private, all with their respective procedures and rules. Coordinating and collaborating to make the process more efficient and effective

Bob: How did Superstorm Sandy affect your organizations?

Hans: We were displaced by the storm for two weeks which came with a set of administrative headaches. Concurrently, we needed to be prepared to work with donors who were ready to help immediately.  In retrospect we could have had some contingency plans in place for some of our systems.

Chris: Dodge was impacted only to the degree that staff had varying levels of damage and inconvenience. Fortunately, other than non-catastrophic property damage, staff members were spared.  Likewise, the office was in good shape – never losing power or heat. However, when we reached out to our grantees to survey their damage, we heard a wide variety of responses, with several organizations enduring significant physical damage and, more commonly, lost revenue from canceled performances and fundraising events.

Bob: Tell us a little bit about the roles each one of you and your organizations have played in responding to the storm and in supporting the philanthropic networks of your state.

Chris and Hans: The Community Foundation of New Jersey and the Dodge Foundation decided days after the storm to establish the New Jersey Recovery Fund, which Dodge seeded with a $1 million commitment, ($250,000 of which Dodge directed to its grantees for emergency relief for damages not otherwise covered by insurance or eligible for state and/or federal reimbursement funds).  Several other local and national foundations and individuals have also contributed to the Fund, which has raised approximately $5.5 million to date.

The very nature of the Recovery Fund has helped support our philanthropic network here in New Jersey by providing a vehicle for foundations to broaden their impact by pooling resources and collaborating on grantmaking. We continue to seek opportunities for cooperation and collaboration with other relief and recovery efforts here in New Jersey, including with the state and the Governor’s Hurricane Sandy New Jersey Relief Fund.

Bob: How has private philanthropy impressed you these past five and a half months?

Chris and Hans: Through individual and collective efforts, foundations in New Jersey, as well as from outside the state, have responded in thoughtful and substantive ways to assist in emergency relief as well as intermediate and long term recovery efforts.  We have appreciated our colleagues’ willingness to contribute to and participate in the NJ Recovery Fund so that we can support the long term recovery efforts we face.

Also, the Council of New Jersey Grantmakers has played a pivotal role in informing and educating the philanthropic community about state and federal efforts, ongoing recovery issues, and lessons learned from disaster officials in other states, through a series of weekly conference calls over a four- month period as well as bus tours of devastated areas along the shore.  The Council’s work has effectively helped us understand the depth and breadth of the issues and facilitated information sharing among philanthropic organizations about where grants might be strategically deployed to support recovery efforts.

Bob: What would you like to see more of from private philanthropy?

Chris and Hans: Even greater coordination and collaboration.  No matter how much money is provided by private philanthropy, it is a drop in the bucket relative to the need.  Working together improves our chances of success and our collective impact. Additionally, allowing more flexibility and placing fewer restrictions on contributions to a pooled fund.  We have discovered that the ground is constantly shifting underneath us – we learn about new issues and challenges all the time.  Having as few restrictions as possible allows us to change directions with grant dollars if the need arises.

Bob: What are the greatest unmet needs or gaps that you are seeing right now as a result of the hurricane (e.g. housing, mental health, vulnerable populations, etc.) and what role should private philanthropy play?

Chris and Hans: There are many unmet needs and gaps in response across the board.  The best role for private philanthropy is to help identify those gaps and bring resources to those individuals and communities most in need and most likely to be overlooked in the drive to restore the Jersey shore for the summer tourist season.  We also need to support efforts to ask and answer the most challenging questions, such as where and how should rebuilding occur – are there areas that should not be rebuilt given the prospects of sea level rise and other catastrophic events? Philanthropy is in a unique position to help address questions that are difficult to consider dispassionately in the context of urgency and emotion following a disaster.

Bob: If you had to write a playbook for philanthropic organizations that respond to catastrophic natural disasters, what would you be sure to include?

Hans: I am not sure our traditional ways of approaching our giving work that well in a disaster context.  Being effective requires a much more hands-on approach than we might traditionally use. I think it would be helpful for foundations to prepare those pathways before a disaster hits.

Chris: I would include a strong recommendation to work together: pool funds and allow for as much flexibility for spending those funds as possible; share information; meet and collaborate with local, state and federal officials; and engage and strengthen the nonprofit organizations that provide needed services on the front lines on a daily basis during normal times, and even more so during disasters.  They are the backbone of support for those in need.