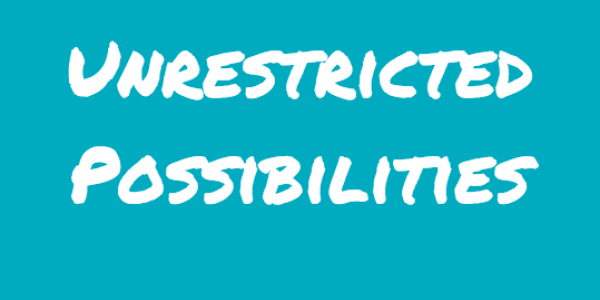 A Structured Investment to Aid Our Partner's Goals

Posted on April 29, 2015 by Michael Corley, consultant with The Patterson Foundation

In the for-profit world, a startup organization raises funds based on its business plan or business model. Investors don't typically respond by saying, "I will give you $50,000 if you develop this product line, and none of this money can go to overhead." The nonprofit world, however, operates differently. Whether the NPO is a startup or not, the funders often restrict the use of funds given, and many times this is restricted to a given program or initiative.  For a startup NPO, restricted monies can be a blessing and a curse. They have money to further their mission but no money to operate. Investing in partners with unrestricted and operational funds

For each of the past two years, The Patterson Foundation has supported its partnership with Center for Disaster Philanthropy (CDP) with money, knowledge and "connective tissue." Over this time, the relationship between our organizations has continued to grow, and we are excited to be "vested' in CDP's ongoing success. It is because our organizations are aligned in leadership, willingness, readiness, capacity and culture that we are able to have deep-level discussions about what is best for both parties. When preparing for a strategic meeting in Q1 of 2015 with CDP to discuss the upcoming year, we were prepared to structure our funding similarly to the past two years: $50,000 in unrestricted funds and a matching effort for operational funding. (It's important to note that in our first year of working together with CDP we matched each dollar in operating funds raised up to $200,000. In the second year, The Patterson Foundation issued a 1:2 match up to $200,000 from, and this year, our third year, we were thinking of doing a 1:3 match up to $200,000.)  The reason for this decline matching rate while maintaining the same overall funding opportunity is to encourage CDP to broaden its funding reach and to establish relationships with multiple funders -- which it has done. A funding strategy refresh

During the strategic meeting, Bob Ottenhoff, the CEO of the Center for Disaster Philanthropy, discussed the organization's objectives and needs for 2015. Their organization was quickly becoming a resource for foundations interested in understanding disasters and for media needing "experts" to respond in critical times. This positioning of CDP by the marketplace was the result of several projects CDP had initiated over the years, and, therefore, was not entirely unexpected. However, this positioning created an unexpected opportunity that CDP wanted to leverage in 2015, and this meant 2015 was going to be a little different than previous years. Because of the relationship between our organizations, Bob and I were able to discuss funding needs in 2015 and the structure of The Patterson Foundation's funding. He suggested that because of the projects being pursued in 2015, which are funded through special grants but have enormous potential for increasing CDP's impact and reach, it would be difficult and limiting to label funds as "operating only." As we talked this through, his explanation made sense. After learning this, The Patterson Foundation structured the funding to be unrestricted and to fund at various levels depending on CDP's fundraising effort. In other words, for a given level of fundraising or earned-income obtained by CDP, The Patterson Foundation will "kick in" an amount in unrestricted funds. The Patterson Foundation's total commitment continues to be $50,000. This is followed by up to $200,000 if CDP achieves a certain level of revenue and then an additional bonus amount if CDP exceeds revenue expectations. In the end, this structure meets TPFs desire to move the Center for Disaster Philanthropy down a path to sustainability and aligns with the organization's 2015 goals. In the nonprofit world, unrestricted monies are the most valuable because they can be used depending on the needs of the organization, including "running the business." Restricted funds, on the other hand, require the nonprofit agency to use the monies only as stated, whether or not this is the best use of the funds. For a startup agency, which CDP continues to be, unrestricted funds are more valuable because these allow CDP to be flexible, agile and responsive to the demands of the market.