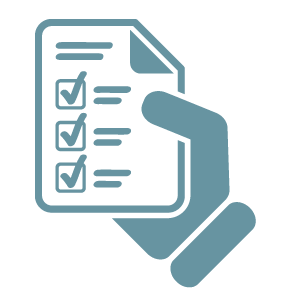 Every ten years, the federal government conducts a population count of everyone in the United States, known as the census. This information is used to allocate annually distributed federal funds based on each community’s population. Each community across the country must be accurately counted to ensure that they receive the funds needed to support critical programs such as public education, healthcare, and housing.

NOTE: The Census Bureau announced Monday, August 3,2020, that the census will end a full month earlier than originally planned. To be included, folks must complete the survey by September 30, rather than October 31.

Click on frequently asked questions below to learn more about Census 2020 Education.

The U.S. Constitution mandates that every ten years, the federal government conducts a population count of everyone in the United States, known as the census. The census count is used to allocate annually distributed federal funds to communities across the country to support critical programs such as education, healthcare, employment, housing, and public policy.

Why does The Patterson Foundation support the 2020 Census Education?

The Patterson Foundation strengthens the efforts of people, organizations, and communities by focusing on issues that address common aspirations and foster wide participation, along with ways organizations learn and share as they evolve. The 2020 Census provides a once-in-a-decade opportunity for communities to chart their path forward.

Why is participating in the 2020 Census important to the region?

Accurate census data provides vital information about the people living in a community that strengthens and supports the efforts of multiple sectors. An accurate count benefits communities in numerous ways, such as:

How is The Patterson Foundation supporting the 2020 Census?

Through community outreach and continuing coverage from the Aspirations Journalism initiative, The Patterson Foundation is connecting partners and resources to educate the region and strengthen participation in the 2020 Census throughout Charlotte, DeSoto, Manatee, and Sarasota counties.

Where can I learn more about the 2020 Census?

To learn more about the 2020 Census, visit 2020census.gov.
Through the Census 2020 Education project, The Patterson Foundation is working to increase the public’s awareness of why being counted is critical and how to be counted.
(total time: 4 minutes 10 seconds)
See More Videos About This Initiative
Aspirations Journalism
Aspirations Journalism Census 2020 Articles
COMPLETE THE 2020 CENSUS ONLINE
COMPLETE THE 2020 CENSUS BY PHONE
A BRIEF HISTORY OF THE U.S. CENSUS
2020 CENSUS TIMELINE
Fun, 2020 Census Zoom Backgrounds
Census 2020 Coloring Sheet
Social Media Highlights
"TPF's Current Initiatives at a Glance"