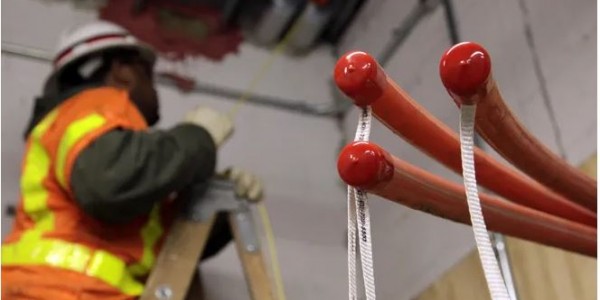 Posted on August 26, 2020 by Andrew Meacham, Herald-Tribune Media Group
Residents living well away from cities might have an Internet connection. It could be through DSL service, the oldest and slowest connection better known as dial-up, or a “fixed wireless” connection for customers within sight of a cell tower, or via satellite.

However, rural residents are the least likely Americans to have access to the higher speeds that are necessary for work and education, experts say.

Here’s a step-by-step guide to rural broadband and the hurdles facing its advocates.

What do you mean by “high-speed” internet?
We’re talking about online speeds of at least 25 megabits per second, or mbps. This is most commonly achieved when fiber-optic cables transmit information most of the way to its destination. The electronic data is then fed through wired connections through what engineers call “the last mile” to businesses or residences. Some large cities offer the option of direct fiber optic connections, increasing speeds many times over.

What kind of Internet is available to rural residents?
Most have some kind of Internet connection. That might be through DSL, which uses telephone lines and a modem. Some versions of DSL are capable of scraping the bottom of 25 mbps, which allows Internet service providers to list areas covered by DSL as “high-speed.” Others use “fixed wireless,” which reaches homes within sight of a cell tower, or a satellite connection with limited capacity to transmit information.

If rural areas can get the Internet in other ways, what is so important about high-speed?
High-speed connection affects workers communicating online and children engaging in remote learning. It directly influences the economic health of a town, enhancing its desirability as a potential place to live. Speed also affects production.

“Digital technologies in agriculture, including precision agriculture, can substantially increase crop and animal yields, improve distribution, and reduce input costs,” a report by the U.S. Department of Agriculture concluded. “However, without reliable, affordable, high-speed Internet connectivity at both the farmhouse and the field, many of these technologies cannot realize their full potential.”

How many rural communities lack access to high-speed Internet?
It’s controversial. As of 2016, the Federal Communications Commission reported that 39% of rural residents lacked broadband. By 2020 that estimate had dropped to 21 million. But an examination by BroadbandNow, a Los Angeles-based online database of Internet service, found that the FCC had underestimated the number by almost half. The real number, they claimed, was around 42 million.

BroadbandNow got its estimate by manually running more than 11,000 addresses at random through the “check availability” features given by the nine largest service providers in those areas. Their analysis boils down to an examination of Form 477, which Internet service providers file twice a year to the FCC. On those forms, researchers claimed, providers were counting high-speed “service” for an entire census block if even one resident actually had it.

“Basically what they do is, they’ll take a survey of each provider and they’ll say, ‘Hey, do you have service here?’” said Tyler Cooper, the editor-in-chief of BroadbandNow. “And if they say, ‘Yeah, we have service in one of those addresses,’ the FCC just colors that whole area green.”

Doesn’t the FCC have maps that tell its workers which areas have high-speed internet access?
Yes, but these maps are based on the same Form 477 data supplied by service providers, Cooper said. The release of the FCC’s report in May 2019 even prompted some commissioners to object, accusing their colleagues of accepting inflated estimates of broadband availability.

“No matter who you are or where you live in this country, you need access to advanced communications to have a fair shot at 21st-century technology,” Commissioner Jessica Rosenworcel wrote in a dissenting opinion. “That is why our responsibility to offer an honest assessment with this report is so disappointing.”

Why are millions of rural Americans unable to get high-speed internet?
It’s not for lack of support. Democrats and Republicans, including Presidents Barack Obama and Donald Trump, have called for an expansion of high-speed internet across the country. Economics get in the way. Installing the infrastructure is expensive, and companies are reluctant to take it on in sparsely populated areas. Cost estimates for how much the federal government would have to spend to shoulder the load range from $80-$150 billion.