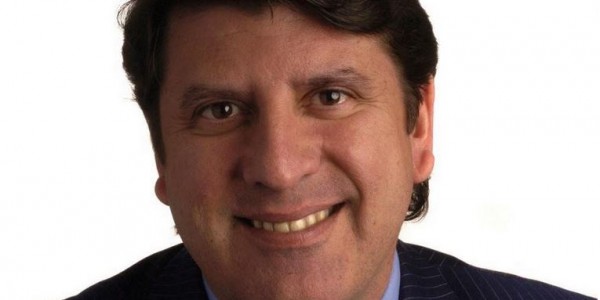 While You've Got Some Time, Fill Out All-Important Census

Posted on March 23, 2020 by Tom Tryon, former opinion editor, Sarasota Herald-Tribune
Today there is a great divide between Americans. There is the huge gap between the elite rich and the working poor, and the partisan differences between Democrats and Republicans rooted deeply in the nation’s bipolar psyche.

But there is another source of division. The invasion of the COVID-19 virus has driven Americans into two camps: There are those who can or must practice self-isolation, and those whose jobs require them to show up at work to be paid and provide important public- and private-sector services.

Many Americans engaged in social distancing have already become bored with their isolated existence and are searching for things to do — safely and from the relative comfort of their own homes.

The adults among them have the time and ability to turn off the television, with its nonstop coverage of the virus, and participate in a vital civic exercise — completing the 2020 U.S. Census. For those who have plenty of time on their hands but have not filled out the form, either on an official paper document or Herald-Tribune, there is no good excuse for avoiding the census.

As countless news articles and commentaries published in the Herald-Tribune and elsewhere have noted, the results of the decennial count are significant. For instance, census data is used to determine the number of representatives each state has in Congress and factors in the distribution of billions of dollars in federal funds for vital projects — ranging from building highways to supporting early childhood learning to providing health care.

In other words, while time might slip away, Americans holed up at home have the time to complete their census forms — and it’s in their self-interest to do so.

The on-the-job workers in our nation undoubtedly have less free time and are likely to be experiencing substantial stress, but their participation in the census is crucial. In fact, the stakes may well be higher for them than for the homebound.

That’s because future benefits intended to mitigate the health, social, and economic impacts of the coronavirus could very well be distributed based upon up-to-date census data. So, physicians, paramedics, law enforcement officers, social-service providers, employees of bars and restaurants, and business owners, all of whom face financial insecurity — would be well-served if they take just a few minutes to fill out their paper census forms or respond online.

Based on information available last week, census reminders and another supply of paper documents will be sent to U.S. households in early April. After that and through May, paid enumerators will begin in-person canvassing of households whose members have yet to respond.

Although some of the prospective enumerators could use the money, Americans can spare themselves and the people counters from potential exposure to the virus.

By participating in the census sooner rather than later, Americans can help promote public health and engage in one of the easiest but most vital forms of civic engagement on the national level.

For millions of Americans who are isolated and getting antsy, or even for those who continue to work in public yet need a quick diversion to decompress, what else can provide such a significant return on investment than spending just a little time on the Census?

2020 Census special coverage comes from Aspirations Journalism, an initiative of The Patterson Foundation and Sarasota Herald-Tribune to inform, inspire and engage the community.