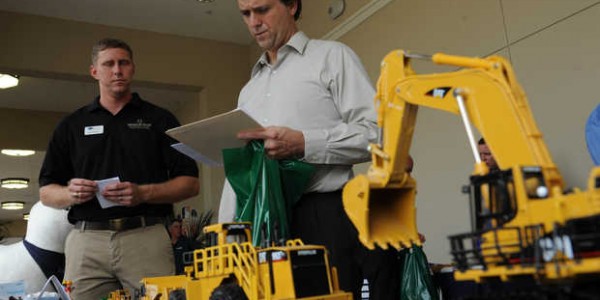 What happens when veterans transition home

Posted on September 10, 2013 by Linda Gould, consultant with The Patterson Foundation

You hear a lot in the media about veterans who are "transitioning" and the challenges they face. But what does that mean?

It means, for example, that a young soldier enlisted into military service, learned skills that would allow him or her to survive in harsh environments.

It means that soldiers acquired the ability to use weapons to shoot and kill the enemy ensuring our freedom each and every day.

It means they saw their comrades to the right and left get injured or killed, with many suffering physical, mental and emotional wounds that sometimes are invisible to you and me.

And now they are coming home…..

They may have come home 30 years ago or are just now moving to our community --- either way, they need our help.

Veterans need services and they need jobs. Jobs allow someone to be self-sustaining, but there are obstacles to finding and keeping employment: healthcare (to include mental healthcare) education, transportation, childcare, and housing -- just to name a few.

Seven months ago, Goodwill Manasota had an idea: why not have a Jobs and Services Fair for Veterans and Their Families? They asked Suncoast Workforce and the Baltimore Orioles to partner with them in The Patterson Foundation’s Legacy of Valor campaign. On Sept. 7, it all came together!

As veterans arrived, the excitement was palpable both inside and out as the gates opened. More than 175 veterans and their families attended the jobs and services fair at Ed Smith Stadium this past Saturday. More than 42 employers were on hand with job openings and were interested in hiring veterans, along with more than 40 service providers.

One female veteran stood looking around and said in a quiet voice that she had no idea that so many people actually cared about veterans and that seeing them all in one place offering assistance was incredible.

I spoke to an Active Duty Navy Chief Warrant Officer who is retiring out of MacDill Air Force Base in Tampa in November. He drove down to attend since he is moving to Sarasota to be near his father.

The businesses that participated already have applicants sending resumes and scheduling interviews. Veterans were able to get assistance with their VA Benefits along with other information to help enhance their quality of life.

On February 7, 2014, there will be another Veterans Jobs and Services Fair in the Legacy of Valor Campaign, this time led by partner Suncoast Workforce in collaboration with Goodwill Manasota and the Baltimore Orioles!