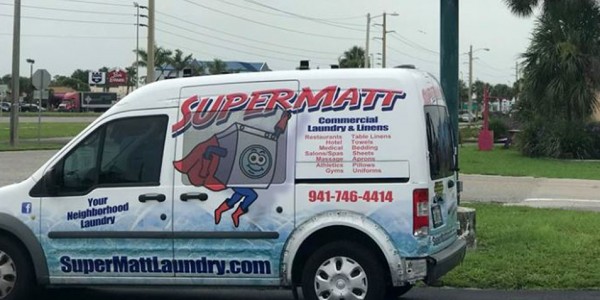 What Can I Do?

Posted on July 16, 2019 by Beth Duda, director of the Suncoast Campaign for Grade-Level Reading

Often, when faced with seemingly overwhelming societal challenges, it’s difficult to envision how any one person could make a meaningful difference. The scope and scale of the issues before us could make us believe one individual’s efforts are too small to matter. This past week, I’ve had two powerful reminders that nothing could be further from the truth.

While attending the IEL National Family and Community Engagement Conference in Reno, NV, I had the opportunity to hear Veronica Palmer, Co-Founder and CEO of RISE Colorado, speak about the valuable lessons she learned from her grandmother. Veronica’s grandmother was a gang member. She got pregnant while in high school, dropped out, went on welfare, and lived in the projects in Denver. However, she understood the way out was education, and she earned her GED, bachelors, and masters degree, and eventually became a social worker for Denver Public Schools. Veronica’s grandmother broke the cycle of poverty for her family. Her decision to pursue her education changed the trajectory for her children and their children.

Veronica’s story was still resonating for me as I was participating in a Pop Up Neighbor Through Laundry Event in Charlotte County. The Suncoast Campaign for Grade-Level Reading took over a laundromat for several hours, offering free laundry services to everyone who walked through the door along with books for the children and information from local partner agencies, including our lead partner, United Way of Charlotte County.

I noticed Tasha, a thin woman who appeared to be in her fifties. When she walked into the laundromat, she didn’t have any clothes with her. When we shared we’d be doing all her laundry for free, she expressed the same kind of surprise and joy as the other patrons. She also expressed relief. Later, Tasha shared that she had come into the laundromat without her clothes because she wasn’t sure how much money she had on her laundry card. She was pretty sure she wasn’t going to be able to wash all her clothes, but she was hoping there would be enough to pay for at least one load. As she loaded all of her clothes into washing machines, she told me she got paid every other week, and this was an in-between week. She and her husband had encountered a couple of unexpected expenses, so money would be tight until her next paycheck.

When Tasha noticed United Way’s involvement in our Pop Up Neighbor event, she told me that they had changed her life. Tasha didn’t finish high school. An early pregnancy and other circumstances she called “bad decisions” had caused her to drop-out. Over the years, she raised four children while working as a waitress and bartender. When she was fifty, she began to ponder what her eventual retirement years would look like. She knew she wouldn’t qualify for much in the way of Social Security because her waitressing and bartender jobs hadn’t provided a steady or strong income. That’s when she decided she needed to do something that would allow her to pay more into the system. So, at age 50, through a free program funded by the United Way, Tasha went back to school to study for her GED.

Upon completion, she enrolled in a technical college and learned the skills necessary to become a medical coder biller. For more than five years, Tasha has had a good job working in Sarasota County at a doctor’s office. She reported that this new job had changed the standard of living for her and her husband with another added benefit. Because she successfully went back to school, two of her children have been inspired to do the same. Now, her grandchildren are growing up in homes where education is valued and pursued, and Tasha returning to school has had a ripple effect that will continue to inspire generations of her family.

Two women who chose to go back to school lifted their own lives and the lives of future generations. So, what can each individual do? Each of us can proudly and purposefully make decisions that will have both an immediate and long-lasting impact. Together, with each of us playing a part, we CAN make a difference.