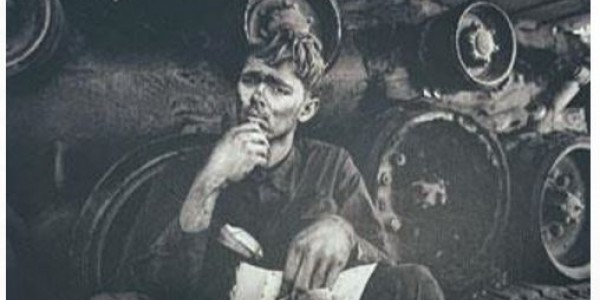 Posted on April 12, 2019 by The Patterson Foundation
Editor’s Note: “Fourth Quarter: Senior Athletes, Their Indomitable Spirit” will be featured at the John & Mable Ringling Museum of Art from April 13 through July 21.

Much of The Patterson Foundation’s work focuses on the transformative power of aspirations — dreams that transcend individual projects or siloed efforts. The foundation’s diverse initiatives are guided by these shared aspirations and generate lasting change that impacts people, organizations, and communities.

Art, with its ability to resonate deeply across traditional barriers, is an invaluable medium to harness in building these connections among people of diverse backgrounds. One of the advantages of calling southwest Florida home is the myriad arts organizations and institutions that also exist here. From performance venues and museums to the vibrant organizations supporting them, the cultural heartbeat of the southwest Florida community is an asset to residents and visitors alike — one The Patterson Foundation continually taps into to strengthen the impact of its initiatives.

Examples of previous and current partnerships within the arts community are numerous in The Patterson Foundation’s body of work. Patriot Plaza, the ceremonial amphitheater at Sarasota National Cemetery, remains a shining example of this. Many of Patriot Plaza’s art installations were created by world-renowned artists whose talents were brought to Sarasota, with the added bonus of a residency at the Hermitage Artist Retreat, a nonprofit that invites accomplished artists in all disciplines for residencies on its beachfront campus.

On the main perimeter of the ceremonial amphitheater, one will find entire sections showcasing photographs from award-winning photojournalists illustrating the stories of service and sacrifice on behalf of our nation throughout history. David Burnett is one such photojournalist, whose contribution to Patriot Plaza — a black and white shot of a Vietnam War-era soldier reflecting on a letter from home — captures a theme experienced by generations of service members and families separated from their loved ones.

Mr. Burnett’s work has garnered wide praise, notably the 2017 Greenfield Prize presented by the Hermitage Artist Retreat. This honor brought Mr. Burnett to the region in 2017, affording him the opportunity to visit and see his work at Patriot Plaza.

Mr. Burnett’s choice of work supported by the Greenfield Prize resonated with The Patterson Foundation because of its work with Age-Friendly Sarasota, where age is but a number. The project, titled “Fourth Quarter: Senior Athletes, Their Indomitable Spirit,” shows athletes nationwide competing in everything from hockey to softball well into their later phases of life. Throughout the images captured over the nearly two years in which the project was in development, one can feel the tenacity, vitality, and joy each of these athletes exudes — qualities often reserved for younger competitors.

“I have long been impressed by the mental strength and commitment of top level athletes for years (I have covered a dozen Olympic Games since 1984, both Summer and Winter Games) and yet I was surprised by the determination and gusto of athletes in my own age group (I am 72),” said Mr. Burnett. “You start to think of age as a very arbitrary way of measuring our lives when you see the way these older athletes attack the field of play. It’s inspiring, it’s exciting, and it’s a lot of fun.”

Mr. Burnett’s observation is at the heart of Age-Friendly Sarasota, a communitywide initiative dedicated to promoting active, healthy, and engaged living for people of all ages. Since 2015, The Patterson Foundation has strengthened a collaboration of local, statewide, national, and global partners to understand and propel aspirations held by Sarasota County residents for community enhancements that foster well-being at any age. While much of these enhancements are related to the community’s physical aspects and wellness services, their social components are equally vital — though their intangible nature often makes their importance harder to convey.

Art like Mr. Burnett’s can bridge this divide and connect in ways that educate and inspire action, while our region’s arts community provides platforms to share these creations and the emotions they evoke. These platforms range from traditional performances and galleries to events that examine the themes and emotions at the heart of each creation. A notable example of the latter occurred around the national dedication of Patriot Plaza, when The John & Mable Ringling Museum of Art hosted a conversation between the amphitheater’s artists to discuss their work. The Ringling is employing a similar approach with Mr. Burnett in a public event held to mark the premiere of his new exhibit.

These inherent qualities and a supportive network of organizations makes art one of the most potent connectors in this community — one with threads throughout The Patterson Foundation’s work.