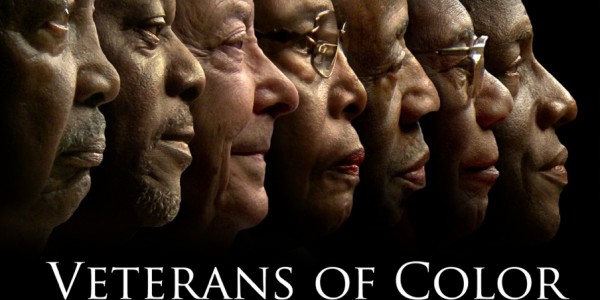 Posted on October 28, 2014 by Beth Duda, director of the Suncoast Campaign for Grade-Level Reading

On Friday, Nov. 14, the Van Wezel Performing Arts Hall will be the home of the Veterans Legacy Film Festival, a series of films exploring patriotism and the experience of veterans as part of The Patterson Foundation's Veterans Legacy Summit.

The film festival begins at 10 am with a school-time performance of WE THE PEOPLE, which will be attended by more than 1,600 students from Sarasota and Manatee counties. The festival continue with a lineup of films that educate, illuminate, and entertain, with a focus on the interests and stories of men and woman who have served in the United States Military. All the films will be shown free of charge, but registration is strongly encouraged.

“These films are a wonderful way of sharing the emotional significance of the service and sacrifice of our nation’s veterans,” says Debra Jacobs, President and CEO of The Patterson Foundation. "The idea of the Veterans Legacy Film Festival was sparked by the desire to include as many people as possible in the Veterans Legacy Summit. The films selected for the festival will appeal to all generations and all demographics while providing new ways to connect to veterans and veteran’s issues."

This powerful historical documentary is the story of America’s founding documents and the people who wrote, shaped and tested them. Narrated by the iconic voices of Morgan Freeman and Kenny Rogers, “We the People” is meant to engage and inspire its audience to learn more about and participate in our democracy.

This film is a powerful collection of 31 interviews with African American women and men who served in America’s Military. Serving their country even when treated as second-class citizens — these women and men stormed the beaches of Normandy, flew as Tuskegee Airmen, and experienced the pain and chaos of the Korean and Vietnam Wars. The film captures personal accounts that help all Americans understand the challenges faced by African American vets during their lifetimes.

Produced by Manasota Association for the Study of African American Life & History (ASALH), in conjunction with the Ringling College of Art and Design, this film challenges perceptions and labels historically given to people of color by highlighting the struggles and triumphs of black men and women. The film will be followed by a brief panel discussion.

This film gave beloved actor and comedian Robin Williams his breakout movie role earning him nominations for an Academy Award nomination and a Golden Globe. In the film, Williams played Air Force sergeant Adrian Cronauer in a fictionalized account of the veteran's experience as a disc jockey during the Vietnam War.

Cronauer, who became friends with Williams after the movie's premier, shared his memories of the late actor with staff writer Jeff Schogol of the Military Times. Although Williams and Cronauer were "politically way far from each other," Cronauer was impressed with how Williams always tried to bridge the civilian-military divide, especially when Williams took the time to travel to various places throughout the Middle East to entertain the troops. Equally important to Cronauer was the idea that Williams sympathized with the difficult choices and circumstances that average servicemen found themselves in during the Vietnam War.

"Regardless of what he felt like politically, he recognized the fact nobody seemed to recognize during Vietnam, which was that there’s a difference between the people who are making the policy and the people who are carrying out that policy, the military," Cronauer told the Military Times.

Cronauer believed Williams played an extremely important role in providing Americans with a fair portrayal of service during Vietnam.

The festival will close with a special showing of THE WAR COMES HOME, which was produced by award-winning journalist Soledad O’Brien. Ms. O’Brien will introduce the film and participate in a panel discussion hosted by the Suncoast View’s Regina Hopper. During the panel,  Ms. O’Brien will be joined by New York Times best-selling author, Wes Moore and Lt. Gen. Martin Steele.