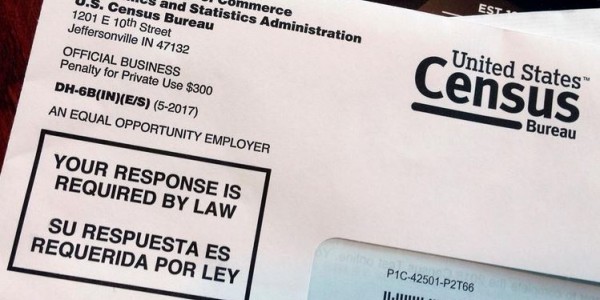 Even without a citizenship question on the 2020 census, experts predict that the damage is already done.

A host relies on RSVPs to know how much food to prepare for the party. The U.S. Census is similar — it relies on resident headcounts to inform everything from the state’s public health budget to education.
That’s why when a large portion of people go uncounted, and there’s less at the table for everyone. Fewer heads mean fewer federal dollars administered to states.

But motivated by anti-Hispanic immigration policies like the public charge rule, experts expect an undercount in the 2020 census of the largest non-white group in the country.

There’s a lot of fear in Hispanic communities and undercounting has real implications, not just for them, but for all children,” said Dana Thomson, a research scientist with Child Trends.

She’s also one of the authors of a recent report that revealed under current federal funding formulas, 37 states, including Florida, will forfeit federal funds for approximately 300 programs serving families and children, including children’s Medicaid and the Children’s Health Insurance Program (CHIP).

Although the 2020 census won’t include the citizenship status question, she said “the damage has already been done,” largely due to efforts to link citizenship status to census respondents and the increasing mixed-status Hispanic families to feel the need to become invisible.

“Ninety-four percent of children in mixed-status Hispanic families are U.S. citizens, but even if that’s the case, they may still be reticent to participate because of other members of the household,” Thomson said.

Medicaid for children stands to lose the most federal funding, with estimated losses of almost $1 billion annually, nationwide.

States that haven’t expanded Medicaid eligibility under the Affordable Care Act, including Florida, are among those that will experience the greatest projected slashes in funding.

And because the census is decennial, the losses and their effects would persist for ten years.

Due to a large Hispanic population, Florida stands to lose the most after Texas, estimated around $131 million annually lost in Medicaid funding, and at least $3 million lost in CHIP funding — the result of a 155,000 to 618,000 undercount, Thomson estimates.

Almost half of all Florida children rely on Medicaid and CHIP for access to basics like vaccines, vision and hearing screenings, treatment of chronic conditions like asthma and annual check-ups.

More than half have special health needs, and the majority of children enrolled in the safety-net health care programs are non-Hispanic.

It matters because all children have a better chance of reaching their potential when they access to have health care coverage.

Research shows that they attend more school days, have better grades, and are more likely to graduate from high school.

“These programs are critical for supporting the well-being of children and are strongly linked to child health outcomes,” Thomson said.

Another issue the Child Trends report raised is that the 2020 census will be underfunded compared to prior years, which is likely to cut into follow-up efforts to ensure accuracy.

“There needs to be more outreach to communities to restore trust and participation in the census. We have about six months for those outreach efforts to ensure every dollar states need is coming to them for these child programs,” she said.