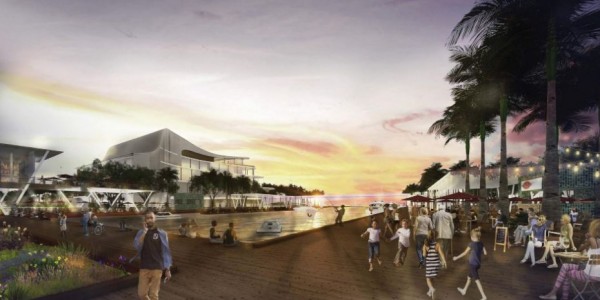 Unanimity a Boost for Bayfront Plans

Editor's Note: This article originally appeared in the Herald-Tribune on April 17, 2019.

The Sarasota City Commission’s unanimous approval of a partnership agreement with The Bay Park Conservancy was as welcome as it was warranted.

Unanimity underscored the city’s commitment to this venture — on 53 acres of public property on Sarasota Bay — and should provide a level of confidence necessary for the conservancy’s board and staff to attract substantial private-sector contributions that could dramatically lower the costs to taxpayers of creating top-notch park and public settings. Although one commissioner in particular expressed some reservations, while recognizing the “incredible opportunity” facing Sarasota, the 5-0 vote offers a solid political platform for collaboration.

The agreement is the culmination of unprecedented, ongoing public engagement — driven by the community since 2015. The initiative’s guiding principles were embraced by more than 50 community groups, from business organizations to neighborhood associations. A bayfront planning organization was created and raised more than $2 million in philanthropic contributions that fully funded outreach and a high-quality professional design that accommodates existing public buildings but calls for a dramatic expansion of open, green spaces.

City commissioners and their staff, as well as members of the public, were in the loop throughout; indeed, the commission gave several conceptual approvals before voting on a specific agreement Monday. What’s more, the Sarasota Bay Planning Organization conducted its meetings in the public and agreed to abide by Florida’s open-records law; the conservancy’s leaders will meet those same standards, according to the agreement. (The partnership deal includes the conservancy’s bylaws intended to help its board avoid conflicts of interest; we strongly suggest the board voluntarily adopt, in an addendum to the agreement, the standards in Florida Statute 112.313 that clearly prevent public officials who own or represent businesses from engaging in commercial transactions with those businesses.)

As we previously noted, the proposed agreement strikes a balance between identifying potential revenue sources upfront and recognizing that private-sector donors and governments are unlikely to pledge funds without an agreement in place. The agreement specifies that the city would decide important matters such as whether to invest in major capital projects, such as a parking garage; the commission would approve each phase of the project, providing it the opportunity to ensure in advance that adequate funding is available.

It is vital to recognize these safeguards, which can be utilized in increments. If, for example, public- and private-sector funds are not sufficiently available for any phase, the partnership agreement would enable the City Commission to withhold approval.

Since the entire project could last up to 30 years, there is time available for a methodical, well-funded invigoration of the bayfront land in ways that encourage public access and enjoyment. What’s more, the conservancy’s efforts should enable city commissioners and their staff to focus on the big picture — say, whether to build a much-needed performing arts hall to complement or replace the Van Wezel.

There will be plenty of work for everyone. Let it commence with measured optimism, with the goal of transforming the bayfront into a people-friendly asset.