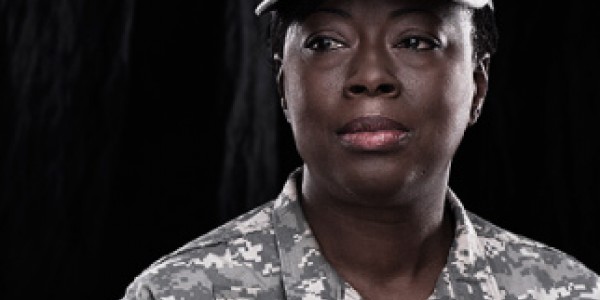 I'm writing to you today on the anniversary of the birthday of the U.S. Army Chaplains Corps -- 238 years since Gen. George Washington authorized chaplains in the Continental Army. As our region devotes the next year to honoring veterans and their families through Legacy of Valor, it's fitting that we take a moment to recognize those who answer this special calling to serve their nation. In our own community, Cynthia Haynes, of Parrish, who volunteered to be a part of the Freedom. Pass It On. movement, serves as a chaplain in the U.S. Army Reserve, serving at a medical center in the Tampa area.

The chaplain, AKA Chappy, is the spiritual leader of a military unit, entering combat alongside their brothers and sisters in arms. They stand as a shining beacon in some of the darkest places on Earth. The chaplain's purpose in a combat unit is to provide spiritual guidance and religious services to the troops, advise the command on issues concerning morale and morality, and ensure that the individual soldier's freedom to practice any chosen religion is neither denied nor impeded. A chaplain's contributions, while difficult to quantify, are essential to the good order and discipline of any military organization, and often are what differentiates superlative units from the rank and file.

During my multiple tours to Iraq, I was often comforted and inspired my Battalion's chaplain. Chaplain (CPT) Glenn Palmer is an amazing man of character. My favorite memory of him was seared into my brain on Christmas Day in 2003. Chappy insisted on patrolling with my platoon because he wanted to get a sense for the people and maybe better understand the predominantly Islamic community.

About four hours into the mission, an insurgent team blew themselves up attempting to hot drop an IED in front of a coalition convoy. We secured the scene, reorganized the convoy, got them rolling back toward their destination, and then began clean up. Through the whole thing, Chaplain Palmer was there, tending to the soldiers that had been nearly ambushed, performing blessings on the deceased (even though they had died trying to kill us), and most importantly increasing his understanding of the realities of counter-insurgency. Our chaplain was there with us and he understood our fight and plight. (Photo below of a field service in Kuwait courtesy of Chaplain Palmer)

As you read this today, please considering sharing this with others as we honor our spiritual brothers and sisters in arms. Even after I left active duty, my chaplain and I stay in touch on social media. He is still providing counsel and encouragement for me and my soldiers. His actions, and the actions of the rest of the Chaplain Corps, have saved marriages, prevented suicides, and bolstered morale for thousands. They are combat multipliers in the truest sense of the word, and we are blessed to have them in our lives.