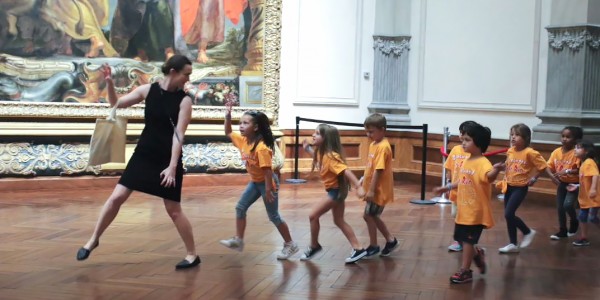 Through the Eyes of EdExploreSRQ Providers

Posted on July 11, 2019 by Cindy Balistreri, consultant EdExploreSRQ
EdExploreSRQ.com, one of the original community initiatives of The Patterson Foundation, has been in existence as a resource for schools and teachers since 2012. It is a web-based search platform that provides a menu of experiential learning opportunities for teachers, principals, and parents for students in grades K-12. Each Exploration is reviewed and approved by school district staff to ensure compliance with educational standards.

Research has proven that hands-on or experiential learning is one of the most effective methods for increasing student learning! The community organizations and teaching artists focused on visual and performing arts, science, math, and social studies have provided creative and engaging Explorations for all students! They are called providers on EdExploreSRQ.com.

Biennial surveys of the providers of EdExploreSRQ have been conducted in 2014, 2016, and 2018. The most recent survey showed that the number of providers had increased in two years from 20 to 64, including 16 new Career Explorations sponsored by the Education Foundation. The number of annual student experiences was over 62,000.

The elementary level continued to have the greatest number of student Explorations. This reflects the fact that elementary schools have more flexible scheduling, and therefore, less scheduling issues than middle and high schools. The providers agreed that better access to grant funds from the Community Foundation of Sarasota County and the Education Foundation had a very high impact for their resulting Explorations. More of the providers now believe that posting their Explorations on EdExploreSRQ is the most successful way they connect their program with K-12 schools. In the past, providers reported that working with individual teachers was their most successful way to connect with schools.

Many more providers now utilize Facebook and Twitter to communicate about their Explorations. One new discovery for this survey was that providers now report that more of the school groups attending Explorations are now funded by the providers’ organizations. In the past, local foundations were the highest funders. Student fees and school funds continue to be the least used method of funding Explorations.

Challenges reported by the providers have not changed through the years with school testing dates presenting the most challenges to scheduling Explorations, followed by time constraints, and transportation issues.

EdExploreSRQ is managed by the school district and guided by a partnership team that includes foundations, provider representatives, and school district leaders. Future goals include reaching out to improve participation in Title 1 schools and schools located in the southern portion of Sarasota County. The Team plans to increase its promotion of EdExploreSRQ so that all students can participate in experiential learning activities throughout the amazing Sarasota County community!