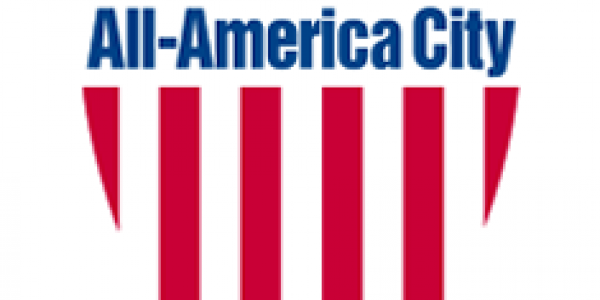 Posted on April 10, 2013 by The Patterson Foundation

Sarasota County was recently named one of 20 finalists for the All-America City Awards, a nationwide contest established by the National Civic League that recognizes communities that demonstrate innovation, civic engagement and cross-sector collaboration to address pressing local challenges.

The primary theme for 2013? Communities with initiatives that honor veterans and their families. Sarasota County highlighted much of our work to create a legacy that honors veterans in our community.

It's our privilege, as a private foundation that does not solicit funds, to embark on a first-of-a-kind partnership with the National Cemetery Administration to build Patriot Plaza, a ceremonial amphitheater to honor veterans and their families at Sarasota National Cemetery.

In honor of the Patterson family's history of military service and the flexibility, opportunity, and responsibility we have to do what others can't, won't or aren't, we realize we are entrusted with creating a space that will honor veterans for generations to come.

Through the Legacy of Valor campaign, our community is connecting in new ways and in real-time to honor veterans and their families for their service and sacrifice leading up to the 2014 dedication of Patriot Plaza at Sarasota National Cemetery.

In addition to the initiatives that honor veterans and their families, Sarasota County highlighted the collaborative community work at the North Sarasota Library to foster intelligence, integrity and inspiration in the neighborhood’s youth as well as the community-driven effort to establish the Institute for the Ages as a global test-bed for aging innovation.

Once described by pollster George Gallup as a “Nobel Prize” for civic accomplishment, the awards have been given to more than 600 communities since its inception in 1949. Cities, neighborhoods, towns, counties, and metropolitan regions can apply for the award.