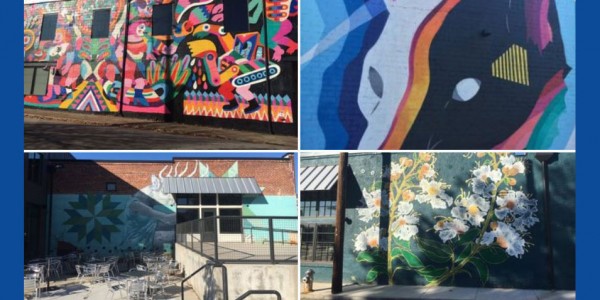 Close Enough To Be Touched

Posted on November 27, 2019 by Hannah Saeger Karnei, Inaugural TPF Fellow
When I was 16 or 17, I met a woman in Bennettsville, South Carolina, who sparked an awareness of what creates value in our lives. Mrs. J lived in the same house where she was born, which her father had built. She was older. Not just older to a 16-year-old but truly had lived a long and remarkable life. I was in her home as part of the volunteer team doing repairs on her ceiling, which had begun to cave in and on the floor, which was beginning to bow.

What I remember most about that project is not the details of the work, but Mrs. J’s photos. From floor to ceiling, wall to wall, she had pasted and framed and taped up pictures of her family. They were on her kitchen cabinets, her mantel, her living room walls. Using her walls as a guide, she narrated her life – a college graduate, a sorority sister, mother to two sons who she explained with great enthusiasm were a preacher and a football coach. Her home was a testament to her pride and the legacy that had grown from that house by the railroad tracks, which was also beginning to crumble.

I’m sure, although I never saw it, that the request for assistance that was submitted to the Community Development Council for the repairs to Mrs. J’s house probably listed things like: age, income, needed repairs, location, budget. Facts without identity.

Fast forward to the Southeastern Council of Foundations 50th Annual Meeting where Bryan Stevenson spoke about the criticality of being proximate to those you serve. As you might imagine of a public interest lawyer with decades of service dedicated to the poor, the incarcerated and the condemned, Mr. Stevenson has had his life transformed by the deliberate choice to remain close to those he defends.

Two days before I had the opportunity to hear Mr. Stevenson speak, I joined the Annie E. Casey Atlanta Civic Site staff for a tour of their work in Southwest Atlanta. The Casey staff spoke about community investment work at length, a varied and collaborative effort spanning years. At the end of the morning, a staff person summed up the purpose of the work in one sentence: Community investment means people have the power to choose what they will become.

Throughout the tour, I couldn’t help but think of the commonalities between Southwest Atlanta and Bennettsville. By being proximate to her, by witnessing the legacy of her home, my future and the motivation for my work was established. My work with Mrs. J, which spanned mere hours, shaped my entire view of the purpose and role of philanthropy before I could define what philanthropy is.

As philanthropists, be it donor, volunteer, staff, funder, we accept responsibility for creating opportunities for people to achieve their aspirations. To choose not only who they will become but also how they will be remembered – not as numbers but stories of real people living real lives.