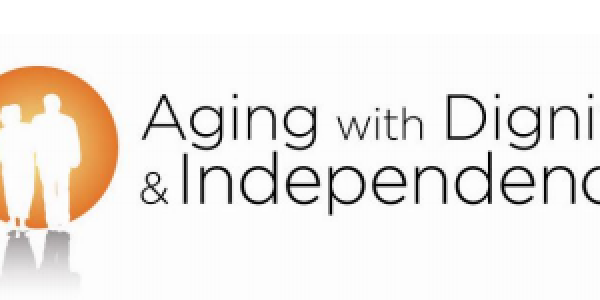 Aging with Dignity and Independence

The aging conversation’s heartbeat is loud and strong

For The Patterson Foundation (TPF), having an exit strategy, or closing a partnership, is a vital element in each of our initiatives. Although that may sound final – it really isn’t. The beat does go on!

A great example is the initiative Aging with Dignity and Independence (ADI). Although The Patterson Foundation's work with ADI has since come to a close, what the initiative revealed during its community-based research and analysis continues to drive the aging conversation, ultimately leading to the creation of new realities in our community.

Here's a snapshot of this partnership:

TPF partnered with SCOPE and USF Sarasota-Manatee on the Aging with Dignity and Independence initiative. They conducted community-based Participatory Action Research (PAR) through community forums, focus groups and online surveys regarding perceptions of aging in our communities in relation to dignity and independence. In early 2012, ADI’s findings were shared and presented by SCOPE and USF Sarasota-Manatee to the community, including elected officials, local organizations, state and national conferences, as well as the general public.

Actionable themes that emerged from the findings were:

So where do we go from here?

ADI’s innovative study design and important findings through community-driven engagement have since been presented to a targeted audience of like-minded professionals by ADI's initiative partner, Dr. Kathy Black, professor of social work and gerontology at USF Sarasota-Manatee.

Dr. Black has submitted three manuscripts for publication. The first two, "Aging in Community: Mobilizing a New Paradigm of Older Adults as a Core Social Resource" and "Community Dwelling Older Adults Perceptions of Dignity: Core Meanings, Supports and Challenges and Opportunities" have been accepted by the prestigious Journal of Applied Gerontology and Ageing and Society respectively. A third manuscript is under revision for the journal Aging, Activities and Adaptation. The Ageing and Society manuscript was also recently presented at the Gerontological Society of America 66th annual meeting.

Dr. Black is also vice-chair of the group Stakeholders in Aging Consortium,(more on this in an upcoming guest blog!) created by The Sarasota County Commission Alliance.

The aging conversation indeed continues in our community as well as nationally, and the possibilities and insights for “what can be” have been illuminated through ADI’s qualitative research findings and insights.

The results will ultimately help lead to transformative community change for an already present and ever growing resource: the older adult population. With more than 71.5 million Baby Boomers turning 65 in the next 17 years – one out of every five people will be an “older adult” by 2030.

That’s certainly a reality check and an incentive to be a part of the conversation! I encourage you to check out the wealth of information from the ADI initiative on SCOPE’s website … and ask yourself: What are the most important things regarding my dignity and independence as I live my life in my community?