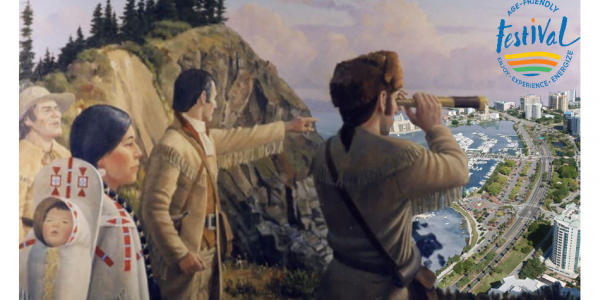 The Age-Friendly Movement: This Era's Lewis and Clarks, and Sacagaweas

Posted on September 14, 2017 by Stacy Sternberg, communications coordinator for The Patterson Foundation
Sarasota County was the first community in Florida to join the World Health Organization (WHO) Global Network of Age-friendly Cities and Communities in 2015 – a movement striving to promote active, happy, and healthy lifestyles for people of all ages. Today, this movement has grown to more than 500 communities worldwide with 37 countries benefiting over 155 million people. Sarasota County is about to embark on another first for the movement -- the first city in the United States to host the Age-Friendly Festival. It's a gift to this region from The Patterson Foundation (TPF), and it's FREE admission-- #ForAllAges.

TPF looks to its tenets as the North Star: Connecting, Learning, Sharing, Evolving, and Strengthening. Using the Harwood practices of Turning Outward as a starting point for the Festival, TPF is taking Public Knowledge -- findings based on the input of nearly 1,200 Sarasota County residents -- and marrying it with Expert Knowledge as it navigates through this uncharted territory.

Aside from interactive experiences, exhibits, entertainment, educational panels, food trucks, games, and fun for the entire family, the reality is that participants will be a part of the Age-Friendly Movement. This is one for the books, folks.

Aging is a fact of life, and we are all aging each day. Life is ever changing, and with the advent of technology and learnings, we are living longer. In addition to living longer, there are certain things aside from water, food, and shelter that we as humans want and need as we evolve.

The Age-Friendly Festival is an opportunity to embrace life in all its stages, and that is a beautiful thing. As grandparents, parents, and children, or volunteers, businesses, non-profits, and governments living and serving in the community, here's your chance to be a part of the future.

Here's to this community for leading the way, this era's Lewis and Clarks, and Sacagaweas mapping new expeditions through life guided by the community's aspirations of what we want our future to be. Hopefully, that in itself is enough to get you out to the Age-Friendly Festival at the Sarasota Fairgrounds on Saturday, October 28, 2017.