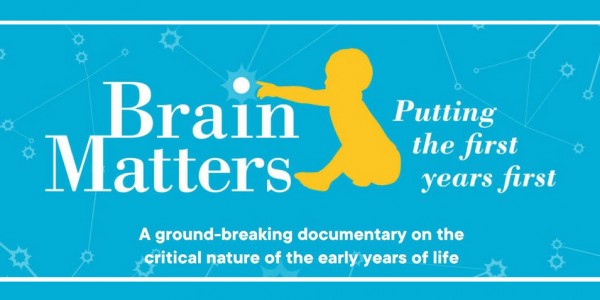 Stepping Forward Past the Fear-Based Stories We Tell Ourselves

Posted on November 22, 2019 by Beth Duda, director of the Suncoast Campaign for Grade-Level Reading

In April of 2017, The Suncoast Campaign for Grade-Level Reading had the honor of working with the international documentary film crew of "Brain Matters" and writer and director, Carlota Nelson. The "Brain Matters" documentary, funded by the Genesis Foundation, sheds light on the critical nature of the early years of life on brain development. As the film was being made, Carlota and her crew wanted to interview Ellen Galinsky, chief science officer at the Bezos Family Foundation and executive director of Mind in the Making. Due to the robust participation* of the Suncoast Campaign for Grade-Level Reading in offering Mind in the Making workshops throughout Charlotte, DeSoto, Manatee, and Sarasota counties, it was decided that Ellen would be interviewed in Sarasota, and the film crew would capture footage of a Mind in the Making workshop taking place at Glenallen Elementary School in North Port led by Jennifer Kahler and Lora Kosten.

The "Brain Matters" crew also interviewed Kathryn Shea, president and CEO of The Florida Center for Early Childhood and Pamela Melton, an elementary school teacher participating in the Mind in the Making workshop. Pamela and her husband Eric, allowed the crew to come to their home to film the two of them interacting with their two children.

The Suncoast was well represented in this international project. When the film was released during the summer of 2019, we began to explore ways to share this important work with our communities, which brings me to the theme of this piece, the fear-based stories that we tell ourselves.

The Suncoast Campaign for Grade-Level Reading is a community movement, and as such, we strive to get input from various stakeholders as we plan meetings and events. The partners and various stakeholders of the Suncoast Campaign for Grade-Level Reading are a passionate, well-intentioned group of people dedicated to making a positive difference in the lives of children, but sometimes, I think the fear-based stories we tell ourselves can get in the way.

During some of our initial conversations with stakeholders about the potential "Brain Matters" screenings, these are a few of the thoughts fear-based stories we heard frequently:

Next, we started to arrange for the venues. Dr. Marie Byrd of USFSM, Susie Bowie of Manatee Community Foundation, Angie Matthiessen of United Way of Charlotte County and a member of 1st Methodist Church of Punta Gorda, and Asena Mott of South Florida State College, DeSoto Campus were all delighted at the prospect of hosting a screening at their location. Asena even suggested doing two screenings in Arcadia, one on a Friday and one on a Saturday to reach as many people as possible.

The schedule we put together included two Saturday morning showings, two late afternoon/early evening showings, and one evening showing. I’ll admit we were nervous about how many people would sign-up to see this important film and participate in the panel discussions. Those fear-based stories we’d told ourselves had us watching the RSVP lists very carefully. We began to invite people to the screenings and also encouraged them to invite others. The number of people signed up for the screenings started to grow.

We invited the School Districts from Charlotte, DeSoto, Manatee, and Sarasota counties to participate in the panel discussions, and were heartened by the immediate, positive response we received. We heard from Kelly Romanoff of the Barancik Foundation that Dr. Craig Ramey, professor, distinguished research scholar, and the original principal investigator of the Abecedarian project and his wife, Dr. Sharon Ramey, a professor, distinguished research scholar, and co-author of the book on the Abecedarian approach had recently relocated to Florida. Craig and the Abecedarian project is featured in the "Brain Matters" documentary. Kelly made the introductions, and the Rameys agreed to be on the panel for three of the five screenings.

Step by step, piece by piece, the screenings came together, and the community response was robust. Three of the five screenings were sold-out, and 300 individuals from our region saw this wonderful film, including parents, educators, business leaders, representatives from government and non-profit leaders. The attendees connected with each other, learned more about brain building and early learning, and took the opportunity to share their experiences by participating in the lively panel discussions.

This experience has reinforced the importance of turning outward, working with others, retiring fear-based stories, and creating new, reality-based stories to continue the journey of building the community we want to live in.

*As of October of 2019, more than 1,000 individuals in our four-county region have completed 16 hours of Mind in the Making training, based on the book, Mind in the Making, written by Ellen Galinsky. This series of eight facilitated workshops focus on specific areas of child development and learning using demonstrations and hands-on activities. Thanks to the generosity of The Patterson Foundation, these workshops have been offered to parents, grandparents, educators, healthcare workers, social workers, and interested community members, free of cost. The Patterson Foundation supports groups of 15 or more by providing trained facilitators and support for meals and childcare. If you are interested in hosting a series of Mind in the Making trainings, please contact info@gradelevelingreadingsuncoast.net.