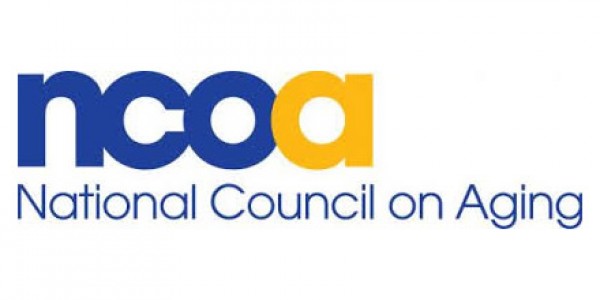 Posted on January 30, 2014 by The Patterson Foundation

Editor's Note: Jim Firman, Ed.D., is the president and CEO of the National Council on Aging, which leads the Self-Management Alliance to make self management an integral part of U.S. healthcare by 2020.

If you think ambitious cross-sector collaboration is easy, you're probably not actively engaged in it. No one knows this quite like Jim Firman, president and CEO of the National Council on Aging (NCOA). As the nation's leading nonprofit service and advocacy organization for older adults, NCOA  is the leader of the Self- Management Alliance, a collaborative of government, business and nonprofit organizations with the goal to improve chronic of care for millions of older adults by making evidence-based self management an integral part of healthcare by 2020.

As many organizations working through a collective impact model understand, it takes coordinated leadership from the backbone organization or others who may step up to the plate and the active and honest engagement of everyone involved to succeed. Sometimes, that means taking the time to step back and reflect on the pace and reality of the goals and progress.

As a funder contributing to the alliance, The Patterson Foundation provided the resources for the collaborative to look at alternative strategies for progress with the help of independent facilitation.

"It was a wonderful gift of the right kind of help at the right moment," Firman said. "The Patterson Foundation is the kind of partner that asks us what we need and how they can help us. In my career, I've received and successfully delivered on $40 million in grants, but there have been exactly four times that a conversation with a funder began with them asking us what we needed."

In 2011, the Self-Management Alliance formed with government, business and nonprofit sectors at the table. The group created a strategic plan with seven goals and related strategies. After some time, Firman said there was a shared sense among the alliance that they weren't collectively moving fast enough to achieve the goals.

Working with LevelSmart, the independent facilitator provided by The Patterson Foundation, gave the alliance the bandwidth to look at what it needed to move forward and achieve its goals as well as set the stage for some important -- and sometimes tough --conversations in the following areas:

1. Strategy - The alliance decided  it should focus on a "multi-community demonstration initiative" where they would focus collective resources in a few local communities in tandem with national goals and vision. According to Firman, the alliance decided that to achieve nationwide results, they also needed to work community by community.

2. Operations - The facilitation gave alliance partners the opportunity to speak candidly about defining and affirming the role of a backbone organization in collective impact work. This lead to clarity that the Self-Management Alliance members wanted the National Council on Aging to be more than a secretariat/facilitator -- they wanted NCOA to be a driver of innovation.

3. Funding - The alliance acknowledged the limitations of the current funding model and agreed to explore alternative strategies for funding the collaborative's work moving forward.

"We were pleasantly surprised about how quickly the group was able to move from a general feeling of needing to make a mid-course correction to a consensus about a new strategic direction," Firman said of the facilitation process, which took about three to four months to complete along with 15 to 20 interviews outlined in a report.

The Challenging Reality of Collaborative Work

The term collaboration is used loosely for a lot of arrangements today, especially in philanthropy. The collective-impact type of collaboration takes time, dedicated effort, and, according for Firman, someone with the responsibility of waking up each day to worry about the collaboration's success.

"Complex collaborations like this cannot happen without staff capacity," he said. "There is a lot to accomplish -- from staffing workgroups and doing background research to raising money and supporting communication. All of this takes staff time and effort."

According to Firman, the next few months will be critical to see if the renewed enthusiasm crystallizes into a concept and program with "juice" and momentum. The independent input has put the alliance on the right path.

"It takes courage to best leverage an honest, no-holds-barred assessment," Firman said. "You have to swallow your pride a little. Embracing constructive criticism makes it possible to move forward and become stronger as a group."