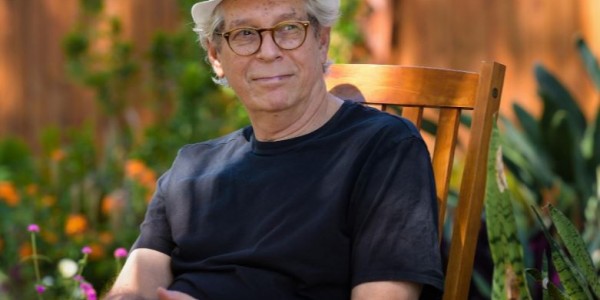 Saving Personal Histories, Before They Are Lost

Curt Werner helps people save their own stories for posterity.

SARASOTA — Steve Orlando’s mother’s voice is on a USB drive somewhere at home. It’ll take a few minutes to find the thumb drive, but once it’s uncovered, you’ll hear hours of recordings of a sweet, red-headed woman from New Jersey talking about her life before the kids were born.

Her name was Regina. She loved playing mandolin and writing poetry about her children. She talked about her sisters and working in the family restaurant in Hoboken, New Jersey, her hometown. She also talked about Patrick. He was her late husband.

There’s a book about her life, too. But Steve, 65, of Sarasota, who commissioned both pieces, hasn’t found the courage to listen or read them yet. Mom’s death is too close, and the pain is too raw.

But Orlando’s daughter Sarah, 24, has read and listened to both — and that’s all that matters.

“Memories fade, dates get mixed, and the details get fuzzy,” Orlando said, who wanted a way to capture what Regina’s more than nine decades have meant.

A few years ago he hired Curt Werner, a guy with a long history of listening, asking questions and telling stories. Werner’s company, Your Living Memories LLC, interviews, records, transcribes, writes and edits biographies of seniors.

Based out of his Sarasota home, he mostly works alone. Gail, his wife, an art teacher at Venice High School, is the company’s creative director.

Orlando said the book, which includes photos, cost him $3,000. The service was well worth the money.

“When I’m ready, I can hear her laugh again. I don’t think many people have that opportunity,” said Orlando, a medical equipment salesman. “We have boxes of photos, but that doesn’t mean a whole lot to my daughter. She doesn’t know anyone in the pictures, and Mom isn’t here to tell us.”

Before the stories are lost
Even in an era when it seems everyone’s life is displayed on social media, a whole generation is getting older, and its stories, if not written or otherwise recorded, will be lost.

Serving that market is a small-business enterprise for former journalists, anthropologists, and videographers who call themselves personal historians.

It’s unclear how many people run such companies, but the Association of Personal Historians — which has the slogan “Saving Lives One Story at a Time” — had almost 700 members before it closed in 2017 for financial reasons.

Werner was one of those members. He founded his company in 2016 after more than 25 years of traveling and writing for national trade publications.

Before starting Your Living Memories, he worked in sales and marketing for several senior and assisted living facilities in Sarasota and Bradenton.

That’s when he discovered that people would want memoirs and recordings of their parents and that he was the one to create them.

“These are people ready and willing to share about their lives,” Werner said. “These men and women don’t want to be a stranger in a room. They want people to know they lived, and continue to live, meaningful lives.”

Werner has published two 100-page memoirs. He is also in the middle of at least a dozen others in various stages of completion.

He charges between $100 to $10,000 for a book, which represents months of interviewing, writing, editing, and researching.

That fee includes traveling, usually at least once a week, to wherever the client lives.

The result is a personal and detailed narrative of mom or dad.

“It’s easy to leave the house, the car, the money, the boxes of pictures,” Werner said. “But it’s much harder to leave pieces of yourself.”

Werner has spoken to wives, airplane pilots, nurses, doctors, and football stars. He describes himself as a part-time scribe who doubles as a therapist for those who find it easier to share with a stranger than their own family.

“No one lives just an ordinary life,” Werner said. “Most of them want people to realize that the things they did mattered. That they made a difference, at least in the eyes of their children.”

Werner’s mother, Bernice, 91, is living in a memory care clinic in Queens, New York. It’s too late to tell her stories.

Once, years ago, before her memory began to slip away, Werner gave her a journal, hoping for a few small details about her life. She never filled it out. He wishes he’d pushed harder because the stories of her childhood are lost.

Even Werner’s own life is shrouded in anecdotes and little stories told here and there. He hopes to change that when he visits his son Geoff this month. Geoff lives in Denver with his two children. Werner said it’s time.

“Once someone dies or their memory fades, the stories go away,” Werner said. “You try to learn and tell a few of them when you can, but once they’re gone, it’s lost forever.” Headed to middle school in the new school year, Sabrina plans to introduce the K-12 Food Rescue philosophy there, too.