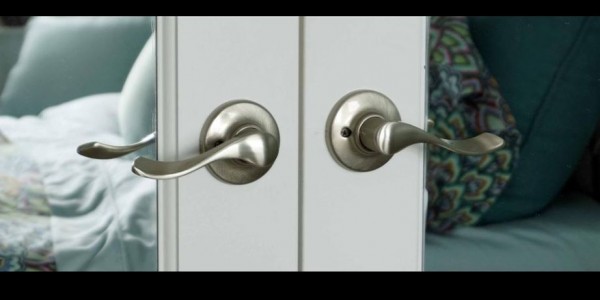 Posted on May 27, 2019 by Timothy Fanning, Herald-Tribune Media Group

Efforts to encourage builders and contractors to design homes for all ages, especially for older or disabled people, have not been successful.

The vast majority of older people — 90%, according to an AARP study — would prefer to remain in their homes as they age instead of moving to a nursing home or assisted-living facility. But most homes are ill-suited for people with disabilities and physical limitations common in later life, a 2016 report by the Joint Center for Housing Studies at Harvard found.

For people to move safely around their homes, entrances without steps, single-floor living, and wide hallways and doors are needed to accommodate wheelchairs and walkers. Less than 4% of single-family homes have all three of those accessibility features, according to the Harvard study.

That’s why, in 2015, Sarasota County passed the Universal Design and Visitability Program resolution, which allows builders and contractors to fast-track the lengthy permitting process for such features.

Modeled after similar efforts elsewhere in the United States, the resolution aimed to encourage homebuilders and remodelers to incorporate wider doorways, stepless entryways, and other ease-of-access elements that would make homes livable and accessible #ForAllAges.

According to Lee Hayes Byron, the director of Sarasota County UF/IFAS Extension and Sustainability, the expectation was that market demands and more education would force builders and contractors to implement these design changes to meet the rising senior populations that have already strained available space in retirement and assisted-living facilities.

Four years later, no builder or contractor has applied to use the incentive program.

“Few people use their binoculars to look into a future that is full of difficulties and whole neighborhoods full of houses that aren’t designed for people to age with dignity,” said Tracy Lux, a retired longtime Sarasota real estate marketing consultant and housing advocate. “You don’t know you need these adaptations before you need it — and unfortunately, few people realize how badly we need it.”

Housing that is not properly designed can cause preventable disabilities and unnecessarily force olders to live at lower levels of physical movement and independence, said Amy Wagenfeld, an associate professor of occupational therapy at Johnson and Wales University.

It can also increase the risk of falling, which often causes severe injuries and represents one of the most costly health conditions among older adults, Wagenfeld said.

In Sarasota County, injuries and deaths from unintentional falls among people ages 85 and older have nearly doubled since 2007. In Manatee County, those numbers have almost tripled.

But adapting homes to accommodate for these needs is often reactive and typically occurs after a loved one has fallen or is diagnosed with a disease that severely limits mobility, Wagenfeld said.

Remodeling a home as an afterthought requires a lot of work and money.

By comparison, incorporating these elements into the design phase of new construction projects can be minimal. Cost estimates range from $200 to $3,000, depending on the site, building context and square footage, according to the Sarasota County website.

Some architects and aging advocates argue that newer homes should be designed to meet the needs of all people who wish to live in them.

“Builders are still designing for the ‘family’ we were, not for the families we are,” said Kathy Black, an associate professor of aging studies and social work at the University of South Florida Sarasota-Manatee.

Policymakers have considered a number of models that provide services and support so older residents can remain in their home instead of moving to assisted living or retirement centers. Statutes in at least three states have encouraged developers of affordable housing to universal design features.

Why is no one using it?

Universal design is not built into most school programs, and few contractors know or specialize in it, said Nick Dilorenzo, a building and construction teacher at Suncoast Technical College.

“I don’t think that this is something that is, right now, on anybody’s agenda,” said Dilorenzo. “It’s not in the top 10 to-do list.”

Others, such as John King, the president of Rampart Homes Inc., who is also a certified aging-in-place specialist, said that he implements wider doorways and other universal design elements in the design of the home and doesn’t think about or need the incentive program.

Also, until recently developers and contractors did not need to use the program because permits didn’t take long to be approved.

Because of the growth demands in Sarasota County, residential building permits have been backed up for the last year, said Jon Mast, the president of the Manatee-Sarasota Building Industry Association. Builders are waiting for an average of eight weeks for building permits. Typically it takes three weeks, he said.

“If you are supposed to get expedited permits, but the county is so backed up that every permitting project is delayed, no one is getting fast-tracked,” he said.

According to many contractors, few customers are asking for universal design elements.

“You would think there would be a bigger appetite for this, given our demographics,” said Brian Anderson, the owner of Gulfside Homes Inc., who also serves on the Board of Sarasota County’s Universal Design Coalition.

Some contractors, such as Teresa Mast, take a proactive approach toward pitching universal design elements. Only about 20% of her clients agree to use certain design principles.

“Talking about growing older in your home is a tough thing to sell to customers no matter the incentive that you have,” said Mast. “It’s a conversation that’s not going to be on your radar unless it happens to you.”

While contractors have not taken advantage of the 2015 Sarasota County resolution, one positive outcome was that it also created educational programs and seminars to educate the public about universal design principles.

Those programs are well attended by families shortly after a loved one is discharged from the hospital, moves in with relatives or has a sudden disability that limits movement or cognitive ability, said Byron, the director of Sarasota County UF/IFAS Extension and Sustainability.

“Those taking a proactive approach are definitely in the minority,” said Byron. “People are not being proactive in preparing themselves as they age, they’re being reactive.”

The reasons why are many, Byron said.

Some don’t want to think about getting older or having a disability. Others feel it would be “more comfortable crossing that bridge when it comes,” Byron said.

Some contractors, such as Anderson, believe that the county and others are not doing enough to educate the public.

“It’s a patchwork, not a plan,” said Anderson. “What needs to happen is a holistic approach that expands many different disciplines. That will do a tremendous thing for multi-generational neighborhoods, which are vital to support commerce and quality of life.”