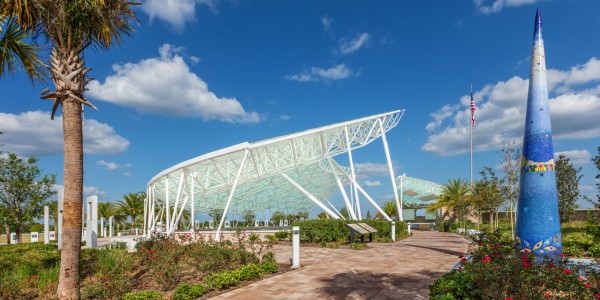 Pride in My Nation

A few months ago, I went to Patriot Plaza with my eighth-grade peers from Sarasota Middle School. We’re all taking U.S. Civics this year, and our history teacher thought it would be a wonderful and moving experience for us to see the resting places of some of the nation’s bravest men and women. 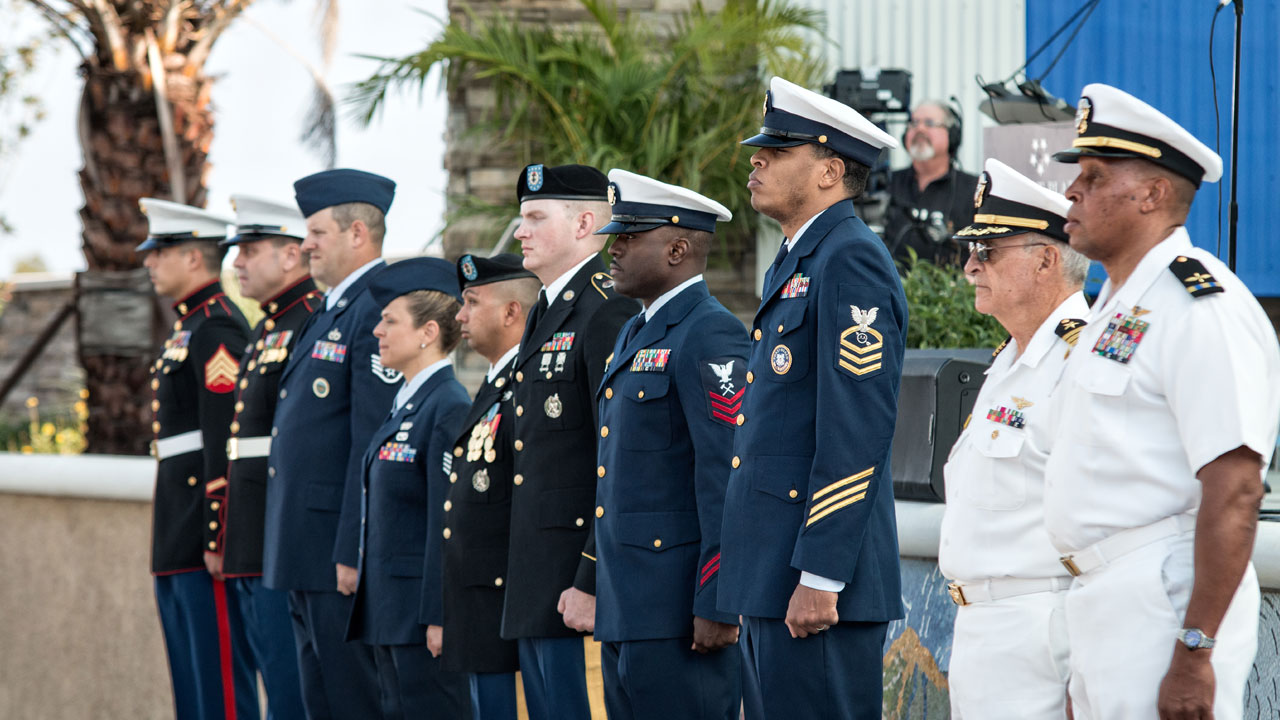 On the trip, we were all very respectful. When we got there, we were split into three groups and rotated to different features around the Sarasota National Cemetery.

We started in the massive amphitheater, which had a gigantic glass covering above the huge seating area. The Guide, who was a retired member of the military, led us over to the star map on the ground. He told us about all the amazing and patriotic pieces of art we saw, which included two skyscraper-like pillars which were covered in hand-cut glass to make a stunning mosaic. The three mosaics, which were called Night to Day, Here and Away, included military ribbons, and blue and gold stars, symbolizing those who serve in general, and those who die in service. The mosaic also included a landscape that changed from night to day, which represented families of those in the military seeing the sky from a different part of the world. The Guide talked about the different types of military ribbons depicted on the mosaic and encouraged us to look closer at it and search for them. There are also amazingly realistic statues of eagles scattered around the outsides of the amphitheater, which consist of the pieces Home and Guardian Eagles. Our Guide explained the meaning behind each piece of art and was extremely kind and easy to get along with. 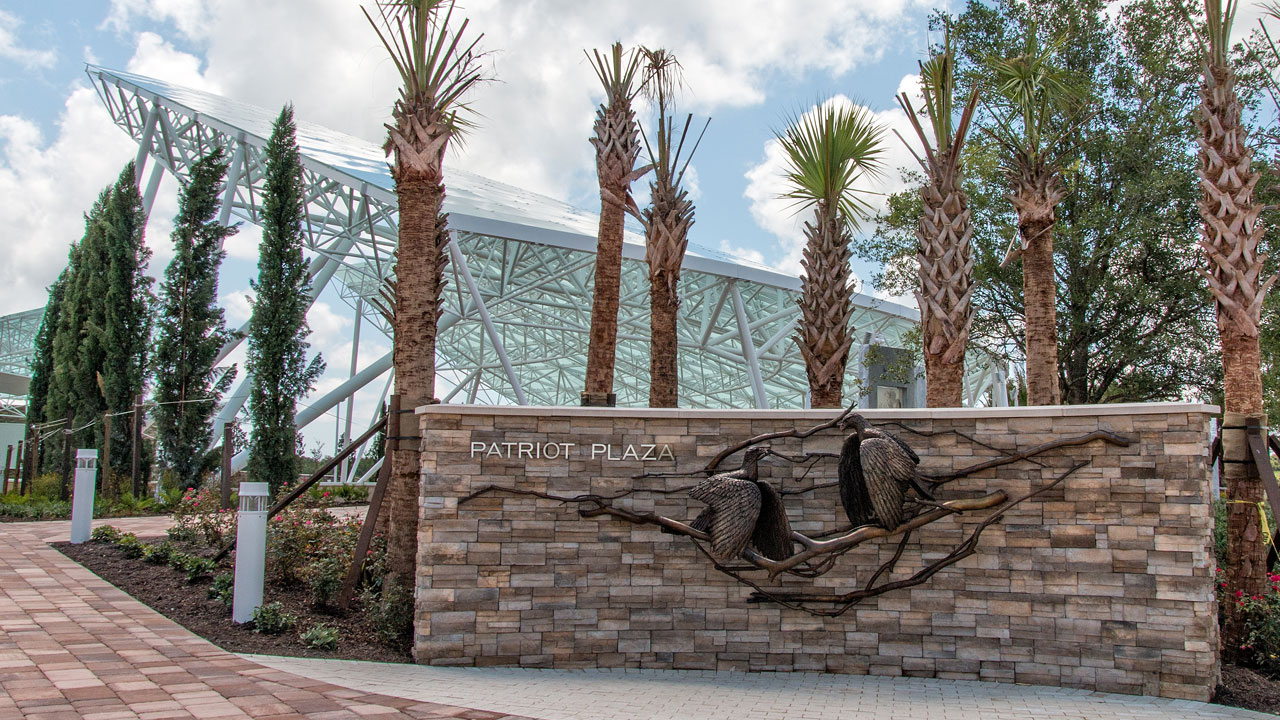 We moved on to the Witness to Mission pieces, which were incredible. They illustrated amazing stories of the U.S. military through photographs taken during different wars, times, and places. The photos allowed me to see through someone else’s eyes and feel the emotions that come with being involved in the U.S. military. I felt sadness, joy, fear, and pride as I looked at the pictures showing every sort of story imaginable.

Our group was moving quickly, so I didn’t get a chance to really take each picture in and fully appreciate it, but I really would’ve liked to. I could have looked at those pictures for hours on end because of how emotion packed they were.

Finally, we got to look at the Testimonies pieces. These slabs of marble have direct quotations from people who were involved, in some way, with the U.S. military. Some of these stories were heart-wrenchingly sad and allowed me and my classmates to get a closer look at what the military means to people.

Overall, The Patterson Foundation is doing fantastic things with Patriot Plaza. While I was there, I felt such pride in my nation, and I felt so happy to be part of it. Patriot Plaza is definitely a place worth visiting! 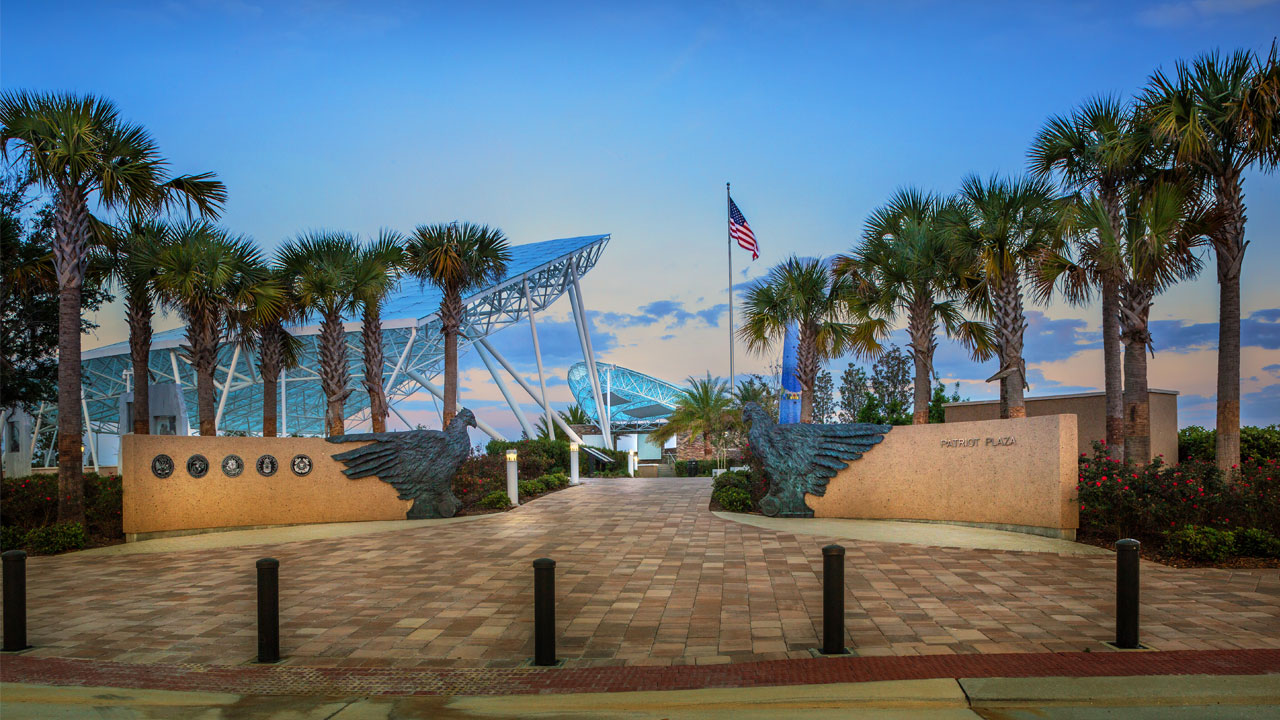