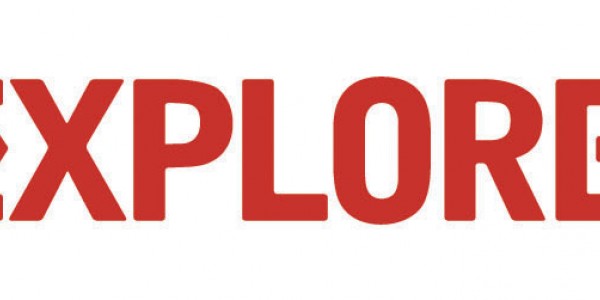 Four years ago, I was a media executive, running the daily news operations of The Tampa Tribune, WFLA-Channel 8 and TBO.com. I’d spent my whole adult life in a newsroom, but I knew that was about to change.

I just didn’t know what it was going to change into.

My friend and mentor Diane McFarlin – now dean at the University of Florida’s College of Journalism and Communications, then publisher of the Sarasota Herald-Tribune – had given my name to Debra Jacobs. Debra had taken on the exciting task of building The Patterson Foundation’s new mission, and she was looking for someone who knew something about new media journalism.

As TPF’s new president and chief executive officer, Debra was planning a period of exploration for the foundation. That exploration would use work in areas that were important to the Patterson family’s legacy as a means of testing new ways of working in the nonprofit space. Journalism was a logical area to enter, given that the family’s wealth derived from The Chicago Tribune and subsequent investments in journalism innovation and expansion.

In October 2009, even before I left what I expect to be my last job in a traditional newsroom, I was working with Debra to begin shaping The Patterson Foundation’s New Media Journalism Initiative.

We all agreed from the start that this would be a short-term project. We weren’t going to create a sustaining foundation for journalism. Instead, our goal was to focus on enabling innovation, serving as rocket fuel for digital journalism initiatives focused on journalism that helps build healthy communities.

Four years later, we’re beginning to wind down our work. Because I love a good narrative, I’ve been looking back at the story we’ve written, what we’ve learned that can help both journalism and TPF’s ongoing work. There’s a lot to like in this story, which I’m going to share with you in the coming weeks.

An industry in flux. An opportunity to explore.

First, it’s useful to remember where we started.

As we began this work, the traditional news media was in the throes of the worst year it had yet experienced. Pew’s Project for Excellence in Journalism produced its annual State of the News Media Report in March 2010, stating that “the losses suffered in traditional news gathering in the last year were so severe that by any accounting they overwhelm the innovations in the world of news and journalism.’’

In 2009, newspapers were spending more than $1 billion less annually on reporting and editing than they had at the turn of the century. Foundations had rushed in to help fill the gap by supporting innovation in journalism, but everyone  knew that the foundation contribution could not come close to touching what had been lost. In fact, foundations had contributed $141 million in funding toward new media projects between 2006 and 2010 – not a small sum, to be sure, but the difference in scale between that investment and the decline in newspaper spending is notable.

It was against this backdrop that the New Media Journalism Initiative began its work.

Traditional journalism was built on two principles: The idea that collecting and disseminating news was a cumbersome and expensive task, and the need to create a central marketplace for advertising messages.

Digital has disrupted both of those principles completely. And the resulting waves of change continue to remake the face of journalism as barriers to entry continue to fall and information becomes more democratized.

Because journalism is such a moving target, that makes funding into this space a tricky proposition. What looks like a sure bet one day can disappear under the latest disruptive technology the next.

My goal as the New Media Journalism Initiative consultant was to determine our sweet spot as a foundation: Working with innovators that had a demonstrated need and were generally being neglected by other funders, but weren’t so far off the beaten path as to be disconnected from the larger field of journalism.

Over and over in the early phases of exploration, I heard that the greatest need for all innovators was the need for connection. In my first report to TPF, dated March 22, 2010, I articulated that need this way:

“We are not making the most of the innovation that does exist because we can’t see it clearly. We don’t have an effective way to share insights about what shows promise. We could build more momentum for effective innovation, if there were participatory, non-bureaucratic ways to do that kind of mindshare.’’

All of our work in the New Media Journalism Initiative has had the goal of providing greater connection at its core – connecting independent startup publishers to each other, connecting business mentors to those seeking to turn those startups into sustainable operations, and connecting those interested in experimenting with both journalism forms and business practices to each other.

Perhaps our most ambitious effort in this regard taught us valuable lessons about the intersection of technology that enables virtual connection with the high-touch model of community management. What we learned has informed the work of the journalism initiative, and has fed back into the deeper learnings of TPF overall.

In my next post, I’ll explore the lessons of the Journalism Accelerator.