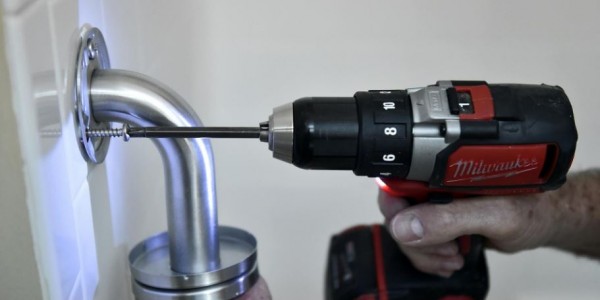 Those looking to age in place could see sales-tax exemptions on independent living items such as shower seats, bed rails, and grab bars should House Bill 93 pass.

Living independently could soon get a tiny bit easier for those looking to spend their golden years in the Sunshine State.

A measure that would provide individuals with tax breaks when purchasing some items designed to help people age in their own home, such as shower seats, bed rails, and grab bars, was recently proposed for Florida’s 2020 legislative session.

Rep. Joseph Casello, D-Boynton Beach, said he filed House Bill 93 because he thinks it’s a little step that could go a long way in making a difference in the quality of life for some Floridians.

“It’s an easy way to let people keep their dignity and help them age a little longer in their own home,” said Casello. “If it keeps someone at home for another six months or even another year, then I think that’s worth it. That’s a big difference in terms of cost, not having to send your loved one to an assisted living facility or nursing home for a little while longer.”

The bill will likely be part of a mix of tax breaks that lawmakers will consider during the upcoming legislative session, which starts in January. As currently constructed, the proposal would provide a sales-tax exemption on bed rails costing $110 or less, grab bars costing $100 or less, shower seats costing $100 or less, and bed transfer handles that are $60 or less. The discount would only be applicable to individuals as the proposal is written. Businesses, such as assisted living facilities and medical institutions, would still have to pay full price, sales tax, and all when purchasing said items.

“These aren’t high-cost items. We’re talking about pennies on the dollar here. But one of these devices could help someone live in their own home safely and happily for a while longer,” said Casello.

A similar bill was proposed last year, but for whatever reason, Casello said, it never seemed to gain traction. This year he said he will come to the legislative session more prepared to try and get the bill to at least a committee hearing.

Richard Acree, a certified Aging in Place specialist and owner of the consulting firm ADA (Americans with Disabilities Act) Inspections Nationwide, said that he thinks the bill is terrific and would love to see more legislation like it.

“My first impression is that anything that encourages people to take action in their own homes and, in particular, to enhance safety in their homes, which all of these devices will do, is a good thing,” said Acree.

Many of the devices that the bill would provide sales-tax exemptions for are items that Acree and other ADA specialists refer to as “low-hanging fruit” when it comes to aging in place: easy and inexpensive ways to make your home safer during retirement.

“A lot of people want to stay at home but can’t afford to stay safe when doing so, so I’ve got to applaud any attempt to incentivize and make it easier for people to stay safe in their own homes,” said Acree.
Casello, meanwhile, is hopeful that others will agree.

“This isn’t a partisan issue. We all age, whether we’re democrats or republicans,” said Casello.