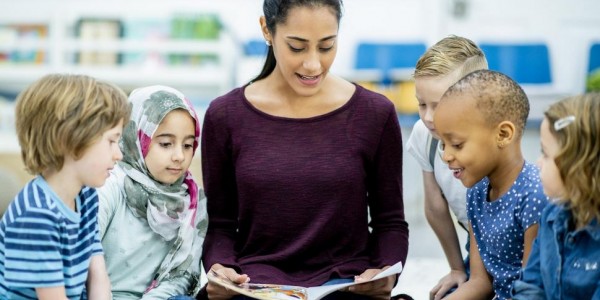 Myths Abound About Learning Styles Despite Lack of Evidence

Most educators believe in “learning styles” and right-brain, left-brain designations, despite the lack of scientific support.

Do you believe in “learning styles?”

Despite a body of research that doesn’t support learning styles theory, a recent survey revealed that most educators believe students are “auditory,” others are “visual” or “kinesthetic,” and Kayla, who excels in math, must be “left-brained” while Kyle, a creative writer, is evidently “right-brained.”

Researchers have repeatedly found little evidence that people can be categorized into learning styles. Likewise, both sides of the brain are engaged in almost all cognitive processes, yet we’re still buying into these myths. Literally.

“It’s just like medicine or nutrition: We all care about it, so people are ready to use fake science to sell you a good,” said Dr. Daniel Willingham, professor of psychology at the University of Virginia.

In 2015, he reviewed the literature on learning styles and concluded that “There is reason to think that people view learning styles theories as broadly accurate, but, in fact, scientific support for these theories is lacking.”

In the study, more than 75% of educators believed in right-brained, left-brained designations, and almost all believed in learning styles, and that tailoring to them was a best practice.

But if research doesn’t back it up, why can’t the myth get shelved?

“Everyone is ready to believe that hearts or stomachs work the same way, but if you say that about the fundamental processes of the brain, people get weird about it, but the basic way learning happens isn’t that different across people,” Willingham said. “One size fits all is almost a dirty word.”

In fact, when researching what boosts baby brains most, talking to and with babies from birth is repeatedly found to be paramount as it increases language and social-emotional skill development, often regarded as the building blocks for future learning.

When parents plaster their child’s room with a map of the world, a colorful alphabet, and numbers or insist on playing classical music during nap time, is it misguided?

“No. Talking to them, exposing them, and encouraging them to dance and play is important. You don’t need to believe in learning styles; it’s about giving them rich experiences from a young age,” Wilingham said.
While he said there are lots of different strategies and ways to learn, he said matching content with delivery is best.

For instance, if you want your child to appreciate a Spanish accent, they need to hear that. If you want to show them a place in the world, show it to them on a map.

In considering learning styles, he highlights the need to differentiate between styles and abilities.

“It’s true that some people are more talented with words, and others aren’t. This isn’t controversial, but style is a method of thinking about something, not your ability to do it,” he said.

“Learning style” often means learners like words or pictures better, but that preference doesn’t increase the likeliness of learning the content.

The study highlights that teacher preparation programs have yet to focus on cognitive sciences, and that those programs still need to catch up to the research.