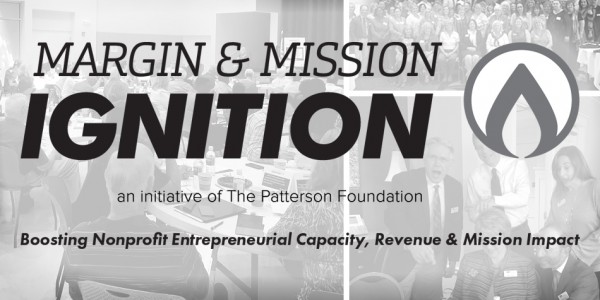 Posted on May 24, 2018 by Stacy Sternberg, communications coordinator for The Patterson Foundation
Since the 2015 inception, Margin & Mission Ignition (MMI) has helped nonprofits build entrepreneurial capacity, boost revenue, and heighten their mission impact. It's 2018 now, and MMI is evolving and strengthening with impressive results.

The 2018 launch of MMI came in the form of a brand new Earned-Income Webinar Series designed to help nonprofit leaders, board members, and other stakeholders understand the importance of earned income and how it can contribute to helping NPO's become stronger and more thrivable.

The webinars, now an online resource that lives on the TPF website, were spaced one week apart and offered free throughout February to nonprofits in Sarasota, Manatee, Charlotte, and DeSoto counties with an up-to-date Giving Partner profile. This valuable resource attracted a new group of nonprofit organizations that hadn't previously participated in MMI.

The webinars included the following topics:
After the webinars, Earned-Income Labs were launched for interested nonprofit leaders, board members, and staffers:


Mike Oxman and Larry Clark, with the help of Josephine Eisenberg and Michael Corley, reported that the first MMI Earned-Income Educational Kickoff Lab held on Tuesday, April 10th, had a sellout crowd of 102 people, representing 54 nonprofits! A substantial number of them learned about the labs and the initiative through the webinar series.

This half-day lab was more in-depth than the webinars and offered an exploration of thrivability through the basics of earned income in a highly engaging and interactive session. Participants gained an understanding of earned income's fundamental principles, unique value, and benefits.

The attendees at the Kickoff Lab were also offered the opportunity to attend subsequent labs designed to address different aspects of earned income, along with a more extensive phase of consultation and technical assistance focused on business plan development, implementation, and post-implementation tracking and monitoring. Participation is based on submitting surveys, completing homework, and participating in 1-on-1 calls with Mike and Larry between labs.

While only a handful of non-profits will be selected to continue on the 30-month MMI journey, all the participants in the Kickoff Labs are gaining valuable insights and demonstrating the dedication to succeed in their missions.