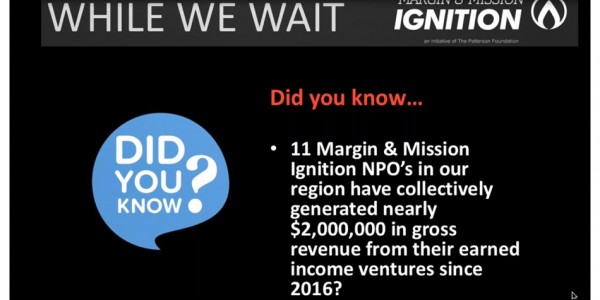 Posted on April 16, 2018 by Mike Oxman, Managing Partner and Principal, No Margin, No Mission™
Each year since the 2015 inception of Margin & Mission Ignition – The Patterson Foundation’s (TPF) earned-income initiative designed to help nonprofits build their entrepreneurial capacity, revenue, and mission impact – there have been enhancements to make it stronger and more valuable.