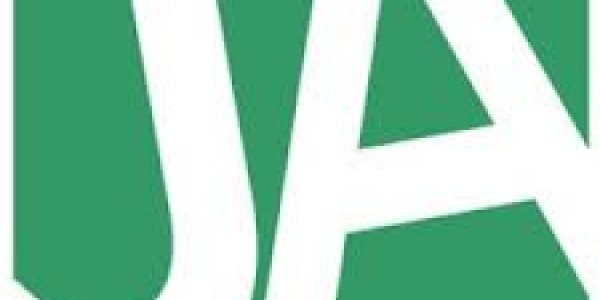 It was early in the life of the New Media Journalism Initiative, and I already was noodling the idea of providing a virtual discussion and connection space for journalism innovators.

That’s when I met Lisa Skube, who was thinking along those same lines. While my idea was nothing but broad strokes, Lisa had been filling in details about how such a virtual community could work.

When I met her in April 2010, she was preparing to begin a fellowship at the University of Missouri’s Reynolds Journalism Institute to work on her project, which would become the Journalism Accelerator.

In the three years that I’ve known and worked with Lisa, the Journalism Accelerator has evolved and my thinking about how best to provide connection among innovators has been deeply influenced by that evolution. I still have the initial notes from the “elevator speech’’ that Lisa and I worked on together to explain our vision of what the JA could accomplish.

Reading back over those goals, I think that Lisa made remarkable progress at achieving the kind of network she envisioned at the start – and the fact that was done during a time of continuing disruption in both journalism and technology makes it all the more impressive.

Journalism Accelerator definitely made inroads into the key goal Lisa and I described at the outset: creating a virtual community where journalism’s innovators could share promising ideas and nurture transparent, ongoing conversation through which good ideas get better and big problems become smaller.

Lisa has focused most intensely on a couple of key tension points in journalism’s continuing transition: the need to find paths to sustainability, particularly for independent community and investigative sites, and the need for transformational change in journalism education.

The Journalism Accelerator was a driver of conversations on the sustainability issue, helping us to continue dialogue on topics explored in other TPF projects. Lisa attended all three Block by Block Community News Summit events for independent publishers, and she tested some of her thinking about how best to position the JA with those publishers.

We also used the JA platform and methodology for the first Community Journalism Executive Training programs, helping us to document the most important takeaways on business sustainability and feeding that information into the broader community of independent news publishers.

I think what made Journalism Accelerator distinctive, and what lies at the heart of its ongoing value was Lisa’s recognition that innovators need certain elements to learn and share productively. These elements have application, whether the conversation is about journalism or arts education or health care or technology:

• Someone needs to set the table for a fact-based discussion. One of my ongoing frustrations in conversations about journalism – or just about anything, really – is the abundance of opinion and the lack of reported information. From the beginning, Journalism Accelerator was built around the idea of conversations stemming from a strong factual basis. Every discussion on JA had at its foundation reporting on the topic at hand that drew from facts and from experience rather than simply from opinion.

• You can leave participation to chance. If you want to have a smart conversation, invite smart people. While JA was an open forum, Lisa and her team did not leave participation to chance. Every JA discussion was a qualified conversation; that is, smart people with experiences that were relevant to the topic were invited to come to the JA virtually to share their wisdom. This meant that every conversation was seeded with expertise.

• A focused, moderated conversation. Lisa recognized early on the need for a moderator who could pose questions, follow up on key points and keep the discussion on target. Emily Harris, who had been a reporter for NPR, served that role as the editorial director for JA, and led rich conversations deeply informed by her reporting skills. (Emily has since gone back to NPR, where she now is based as an international correspondent in Jerusalem).

• Follow-up information and sharing of tools and techniques. The JA always followed up discussions with lists of tools and techniques mentioned in the conversations. The team also stayed on the lookout for new developments on topics covered by the JA, and continued to build out resource guides and best practices to share with the community.

One of The Patterson Foundation’s core values is helping to build connective tissue that helps advance innovation and solve problems. JA exemplified that value, helping its community to share and learn from each other both in real-time and as an archive. The resources for business sustainability have ongoing life at JA.