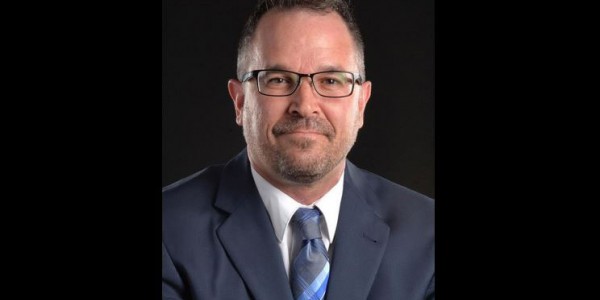 Editor's Note: This article is written by Matthew Sauer, the executive editor and general manager of the Herald-Tribune and was originally published on April 13, 2020. For the most current response rates, click here.

We are all doing a lot of standing around these days, some of it sitting, some of that likely involving copious streaming of Netflix.

With that sedentarism in mind, I'm sure most of you have developed some kind of physical fitness regimen.

I can tell you my dog is in heaven. Not only is he surrounded by his "pack" all day, but he's getting out multiple times to see the familiar sites, smells, and tastes of our neighborhood.

I have to admire him: He's never jaded. He'll crouch over the same piece of Spanish moss for 20 minutes, taking in the various aromas of passerbys before adding his own distinct signature.

For those of you, like him, craving even more movement, how about a race?

It's one that the city of North Port is so far winning rather handily, closing in on almost 60 percent of its residents filling out the U.S. Census. By comparison, Florida's total response rate is 46.3 percent as of Easter.

The only other city in the four-county area that the Herald-Tribune and its partner, the Patterson Foundation of Sarasota, has been focusing on that comes close is Punta Gorda. It's the only city in Charlotte County, and it has a healthy 56.9 percent response rate.

Punta Gorda has always had a large contingent of CIA retirees, so maybe their penchant for data is bringing this number home.

Surely Bradenton or Sarasota must be third, right?

No, that accolade goes to another beautiful retirement mecca: Venice, with 48.2 percent.

Palmetto, just across the Manatee River from Bradenton, comes in fourth with a 43.4 percent response rate.

The city of Sarasota comes in next at 43 percent.

Surely, the beach communities, with their well-heeled and well-educated residents, must be looking at these inlanders and chuckling, right?

The best response rate for any of them has been the Town of Longboat Key, with 29.4 percent.

Holmes Beach, on lovely Anna Maria Island, has as of Easter come in at 24.6 percent.

Bradenton Beach, another of the island's communities, has had a rate of 15.5 percent.

The dimmest response for the whole region is the island's namesake city of Anna Maria, which has seen only a 4 percent response rate.

So far as the counties go, Sarasota comes out on top at 50.3 percent, followed by Charlotte County, at 49.8 percent; Manatee County, at 44.7 percent, and DeSoto County, at 35.7 percent.

As I'm sure you've heard before, there are huge political and fiscal implications tied to the census. I know we're a bit distracted now by other things, but the census takes only moments. I can attest to that. I got my card in the mail, logged in, and spent probably 5 minutes completing the information.

Florida has more than 21 million residents, and our population is the basis for our representation in the U.S. House. The census will affect the size of state delegations for the 2022 House elections and state votes in the Electoral College for the 2024 presidential election.

State and local officials use the census to help redraw congressional, state and local district boundaries. Census totals help determine the amount of funding that state governments and local communities receive from the feds. It's no trifling sum either: In fiscal 2015, it was $675 billion. Yes, that's billion with a "B."

Think of the rescue plan floating out of Washington in the face of the coronavirus, but, more importantly, think of future programs that are almost inevitable. We want our fair share for the rebuilding, and I think it's fair to generalize.

Please take a moment to do your civic duty in between "Tiger King: Murder, Mayhem and Madness" and "The Two Popes."

This column comes from Aspirations Journalism, an initiative of The Patterson Foundation and Sarasota Herald-Tribune to inform, inspire and engage the community. Find more information about the 2020 census at 2020census.gov.