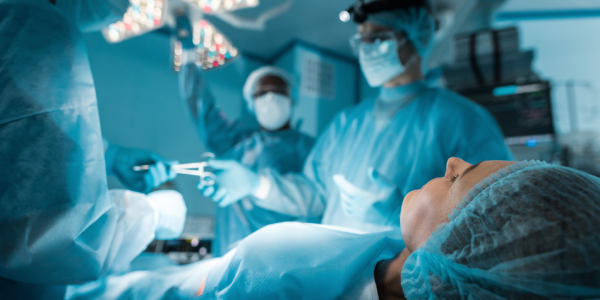 Helping Those Who Help Others

Posted on September 11, 2018 by Roxie Jerde, president and CEO of Community Foundation of Sarasota County

Editor's Note: This article is written by Roxie Jerde, president and CEO of the Community Foundation of Sarasota County, and was originally published by SRQ Magazine.

When my husband Mike and I were weighing whether to move to Sarasota, one of the important factors we took into consideration was the level of quality healthcare available in the region. It’s no secret that we are all fortunate to have a number of world-class institutions like Sarasota Memorial Hospital and Tidewell Hospice that are leading the way in ensuring our community’s residents are well taken care of when it comes to their health.

While providing world-class facilities needed to meet our region’s healthcare demand is important, the bigger undertaking is ensuring those facilities are filled with passionate and highly qualified professionals. Fortunately, to counter a critical and prolonged nursing shortage in Florida, we have organizations like the Suncoast Nursing Action Coalition to help.

After learning the mortality rate of patients decreases as the qualifications of the nurses treating them rises, the Community Foundation of Sarasota County and The Patterson Foundation partnered with the Suncoast Nursing Action Coalition in 2014 to strengthen the educational opportunities available to nurses working in our local hospitals and those with dreams to become nurses.

By collaborating with local hospital, nursing, academic and community leaders from Sarasota, Manatee, Charlotte and DeSoto counties, the partnership has created a robust pipeline of highly educated nurses in our region. The best part is none of the financial burden of being a student is put on the nurses, as community supporters provide scholarship awards stewarded through the Community Foundation of Sarasota County.

At a recent award ceremony, SNAC announced 22 new scholarship recipients that totaled up to $74,000 for this semester alone. Since the partnership began more than $214,000 in scholarship awards have been distributed, and while the numbers are impressive, the real mission moment was when attendees of the ceremony got to hear from USF student, Damon McIntire.

Damon had always been passionate about helping people in any way he could and was working hard as an EMT. However, a tragic accident in 2013 landed him on the receiving end and changed the course of his life. The nearly-fatal event left Damon in the hospital for 30 days on a ventilator and the following years consisted of more than a dozen surgeries.

Through his new perspective on healthcare, Damon realized the people who made the biggest impact on him during his recovery were the nurses working on his care. It was then he had an epiphany he wanted to be more than an EMT; he wanted to be a nurse. He enrolled in college three years ago, juggling the responsibilities of being a student and working to pay off his medical debt, and I’m proud to share he is now set to graduate this year.
This article is written by Roxie Jerde, president and CEO of the Community Foundation of Sarasota County, and was originally published by SRQ Magizine.

As he spoke to the attendees at the awards ceremony, Damon shared he “wants to help make the miracles happen in other people’s lives.” His story demonstrated his drive and commitment to become a nurse. It was so inspiring and made me realize I would love to have Damon by my bedside should I find myself needing care. He made me also reflect about my mom, Edie, who was so proud to be a nurse. While she took time off to raise four kids, once we were off on our own she appreciated she was in a profession she could return to after her child-raising years.

Damon was given a second chance, and I couldn’t help but think of the countless miracles that happen each day in our community thanks to our region’s nurses. I want to give a community-wide long and overdue shout out to all of our nurses. Thanks for being the ones to make a difference in so many lives. We appreciate you!