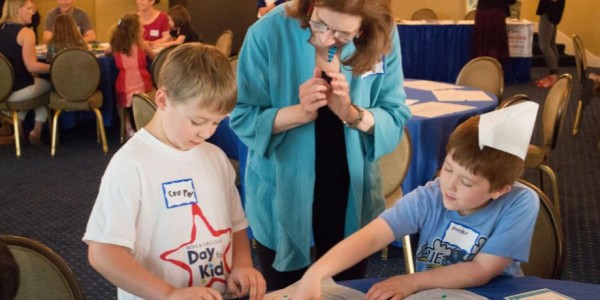 Having Dinner as a Family Has Many Benefits

What do a social worker, single parent, freelance writer, food blogger, and psychology professor have in common?

“More than 90 percent of parents say family dinner is important, but fewer than 50 percent do it on a regular basis, and we wanted to help change that,” said Dr. Anne K. Fishel.

She’s an associate clinical professor of psychology at the Harvard Medical School and director of the family and couples therapy program at Massachusetts General Hospital.

She’s also the author of “Home for Dinner: Mixing Food, Fun and Conversation for Happier Families and Healthier Kids” and one of the founders of the Family Dinner Project, an online hub of recipes, personal stories, and tips for families to get the most out of mealtimes and, “make kids want to linger longer at the table,” Fishel said.

Since it launched in 2010, it has had more than a million online visitors and hosted thousands of families at community dinners, events, and workshops.

But of all the ways she could have chosen to support family well being, why dinner?

“Having a time set aside for each other to look forward to is like a life raft for kids. Beyond the power of ritual for young children, there are 25 years of research that back up the idea that family dinner is linked to less tobacco use, fewer eating disorders, and increased cognitive benefits. It’s less about what’s on the menu and more about connecting with one another. That’s why, along with recipes, The Family Dinner Project site houses conversation starters for every age group, from 'If you joined the circus, what would your circus act be?' to 'What political freedoms have you witnessed come to fruition in your lifetime?'"

According to the study “Mealtime Talk That Supports Literacy Development”, shared mealtimes are associated with increased reading scores and are credited with boosting vocabulary more than reading aloud to your child.

Fishel said this is because of the unique nature of the conversation.

“Family dinner is a place to learn and teach how to tell stories and there are connections between that and raising a reader. There are also more unusual words spoken than in picture books,” she said.

In her therapy practice, she “thinks of the dinner table as an annex to my office.”

“Just asking about it unlocks conversation about gender roles, what happens when someone doesn’t like the food, what the family likes to talk about, and what makes them laugh,” she added.

According to Fishel, consistent family dinner is on the rise among higher-income households, while the opposite is true for families with lower incomes, and that informs some of the project’s efforts. They’ve worked with families in homeless shelters and grandparents raising grandchildren they may struggle to connect with.

“It doesn’t have to happen every day or have everybody there. It could be takeout. It can be with an aunt. If there are two people enjoying connection, that is family dinner,” Fishel said.