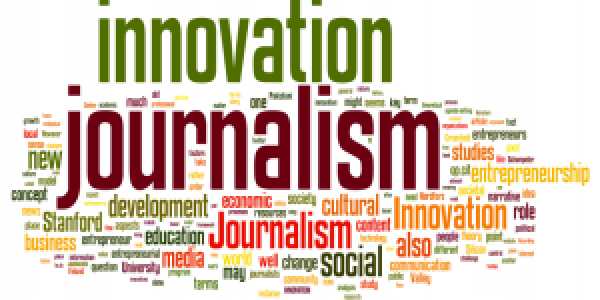 We’re just a few days away from the Block by Block Community News Summit, an event focused on local, independent news entrepreneurs made possible by The Patterson Foundation, The Knight Foundation and the Reynolds Journalism Institute.

That foundation support is important; this summit – with its emphasis on the work of local news startups – wouldn’t have happened without it.  The subject of how foundations choose to spend money on journalism is drawing renewed discussion this week, sparked by a piece by New York Times writer David Carr.

Carr’s piece, published Sept. 9, takes a look at the financial struggles of Homicide Watch, a Washington, D.C., website that focuses intensely on the victims of homicide in that city. The site has rightly drawn admiration for its blend of smart database journalism and narrative about the victims, but what it hasn’t drawn is funding. Founders Laura and Chris Amico have applied for a number of grants, but haven’t been successful in winning one.

Contrast that, as Carr did, with The Ford Foundation’s recent awards of $1 million to The Los Angeles Times and $500,000 to The Washington Post to fund coverage of justice issues (immigration issues for The Times, government accountability for the Post).The decision by Ford to make grants to newspapers prompted Carr to raise this question:

“Shouldn’t financing meant for journalistic innovation go to the green shoots like Homicide Watch and not be used to fertilize dead-tree media?’’

Let’s set aside the fact that The Ford Foundation grants were not focused on innovation but on deepening coverage of specific topics and focus on the question Carr raises. As someone who moved from traditional media three years ago and has spent a lot of my time since working with a foundation seeking to enable journalism innovation, I have a few thoughts on the matter formed by my experience.

I learned pretty early in my tenure with The Patterson Foundation that being a newspaper editor was good training for working in the world of journalism funding. That’s because just as every single person who read the paper figured they could come up with a better front page than I did, pretty much everybody who is interested in foundation funding for journalism can come up with a better way to spend money than I have. In journalism funding, just as in journalism itself, people usually aren’t lining up to congratulate you on your good judgment; instead, they want to know why you didn’t choose their particular cause or effort for your attentions.

My own perspective has shifted as I’ve gotten more familiar with the pressures and constraints facing both entrepreneurs and foundations. Entrepreneurs are constantly watching a ticking clock, aware of the need to build quality content and audience while finding a way to feed themselves. Funders see a bottomless pit of need and recognize that there are no sure bets; they are intensely aware of just how much journalism funding has yielded little or no measurable progress during the last decade.

To me, the sweet spot for investment lies in discovering ways to make journalism innovation pay off financially. While the provocative question might be to pit traditional news organizations and startups against each other in a fight for foundation dollars, the better question to me is this: How do we leverage foundation funding to help build financial and business practices that can sustain innovative journalism beyond the next grant cycle?

At The Patterson Foundation, we’ve focused our work largely on local, independent news sites, both for-profit and non-profit. One of our signature efforts has been a year-long sustainability mentoring program for a dozen of these publishers, aimed at helping them move from just reaching for sustainability to building the proven business practices and discipline that help achieve it. What we learned from that experience is being fed into the Community Journalism Executive Training (CJET) program, sponsored by The Knight Foundation, Investigative News Network and the Knight Digital Media Center.

One of the key takeaways from our work is this: Journalism entrepreneurs have to act like they are running a business based on revenue instead of a site fueled strictly on passion. The single most important piece of making that transition is developing diverse revenue streams and weaning themselves off of an over-reliance on grants for sustaining funding.

Even if foundations pumped all of their money into the “green shoots’’ sites and never gave another dime to legacy media, that wouldn’t change the heart of the problem: Too few entrepreneurial sites are built for the long run, and foundations could do more to help remedy that in a systemic way.

Our interest in advancing the conversation about financial sustainability and the role of foundations in that cause led us to work with Investigative News Network Executive Director Kevin Davis to bring together a group of journalism funders and entrepreneurial publishers for a discussion last February. While we didn’t solve the problem by a long shot, we did identify some next steps for thinking about how foundations and publishers can better understand the sustainability equation and work together on it. You can read our report on the meeting here.

One concrete outcome from the February meeting is the CJET program, which will bring together 36 publishers for a weekend in Los Angeles to work on business planning. Those publishers represent both hyperlocal and investigative approaches, and include a range of for-profit and non-profit sites. We’ve found that tax status is immaterial when it comes to the needs of these publishers: They all need the same kind of help in thinking about how to diversify their revenue sources.

That is one of the interesting tidbits deep in Carr’s piece on Homicide Watch – the diversification of revenue. Carr reports that the Amicos are taking a more diversified approach, focusing on licensing their software (they already have one deal in place), looking for partners in journalism schools (Laura Amico has a prestigious Nieman Fellowship at Harvard this year that could help with that) and running a successful Kickstarter campaign to raise $40,000 to keep the site going (a campaign boosted by the interest in their plight Carr’s column raised.)

I’m not saying that diversified revenue is an easy road, or that every journalism entrepreneur who tries it will succeed. The attrition rate for entrepreneurs in any field is high, and finding success in one where the existing business models have all blown up is especially challenging.

But better that we all – entrepreneurs, foundations, educators, and, yes, even dead-tree organizations – focus on finding the approaches that can help sustain innovative journalism for longer than a grant cycle. That seems a more productive path than merely keeping score.