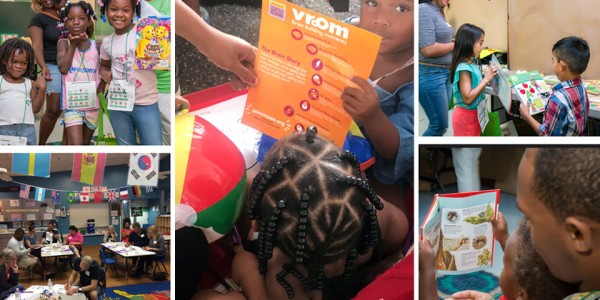 This latest contribution from The Patterson Foundation will benefit the national network of communities moving the needle to ensure all children become proficient readers by the end of third grade, which is an indicator of long-term academic and life success. The Campaign includes more than 300 communities, representing 42 states, the District of Columbia, Puerto Rico, the U.S. Virgin Islands and Canada.

“The Patterson Foundation values the strength of being part of the nationwide Campaign for the Grade-Level Reading movement, where proven practices are shared with more than 300 communities to prepare children for kindergarten, reduce chronic absenteeism, and boost summer learning,” said Debra Jacobs, president and CEO of The Patterson Foundation. “By supporting the enterprise hub, communities throughout the nation can learn and share from the best and from each other. Currently, 80 percent of children from low-income homes are unable to read proficiently by the end of third grade. The GLR Campaign is dedicated to narrowing this achievement gap between children from low-income families and their more affluent peers, and it’s going to take support from a network of committed funders to help make that happen.”

By 2020, the GLR Campaign aims to increase by at least 100 percent the number of children from low-income families reading proficiently at the end of third grade in a dozen or more states. To do this, the GLR Campaign focuses on three key solution areas: increasing school readiness, improving attendance, and ensuring access to quality summer learning opportunities for children from low-income families. It also emphasizes strategies to help parents serve as their children’s first teachers while connecting families with health resources to help children stay on track in their physical, cognitive, and verbal development.

“Over the past several years, The Patterson Foundation has been a highly valued partner to the GLR Campaign and exemplified the ‘more than money’ approach to grant making,” said Ralph Smith, managing director of the Campaign for Grade-Level Reading. “The GLR Campaign is deeply appreciative of the multifaceted and valuable role of The Patterson Foundation as an Enterprise Investor, thought partner, and leader in the effort to ensure many more children are on a path to success.”

In addition to providing strategy and capacity-building support, The Patterson Foundation has also helped the GLR Campaign’s communities stay connected to each other through a digital platform known as The Huddle, which enables more than 1,500 community leaders to learn from one another and share promising practices.

Beyond support for the national Campaign, The Patterson Foundation is engaged in ongoing GLR Campaign efforts in its home state of Florida — including work with the Florida Grade-Level Reading Campaign, which guides the work of 16 communities statewide committed to the GLR Campaign’s goals. It is also a lead funder of the Suncoast Campaign for Grade-Level Reading, which encompasses Manatee and Sarasota counties. The Suncoast Campaign has earned a variety of accolades for its work to help children achieve grade-level reading proficiency, including a Pacesetter Honor, one of the highest awards presented by the GLR Campaign, and the prestigious All-America City Award.