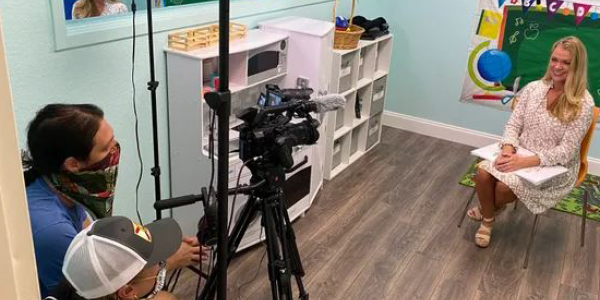 For Sarasota-Manatee nonprofits, virtual is ‘better than nothing’

Posted on August 24, 2020 by Emily Wunderlich, Herald-Tribune Media Group
"It's not perfect, but it's better than nothing."

That saying has been a popular refrain among those adjusting to life in a pandemic, where school, work, and even health care have all transitioned to online alternatives.

And it has especially rung true for area nonprofits, who agree that adapting to a "new normal" has gone better than expected.

According to the Pandemic Recovery Nonprofit Survey Report, two words dominated the way nonprofits are adjusting to the COVID-19 pandemic: technology and fundraising.

"Organizations are working hard to make the shift to a virtual landscape, embracing opportunities while trying to overcome the barriers, both in their own capabilities and in the digital gaps seen in the community," the report says.

Cost was the biggest barrier to upgrading technology for nonprofits, according to the report. After that, nonprofits have to contend with a lack of devices, technology training, and internet access among their clients.

Teaming up with the Charles and Margery Barancik Foundation, the Gulf Coast Community Foundation launched the COVID-19 Response Initiative to complement government assistance for nonprofit organizations.

To date, the initiative has awarded $5.3 million in grants for COVID-19 relief — including more than $175,000 in grants to 11 organizations that specifically cited technology as an immediate need.

Here's how some of them have used technology to shift their approach.

"The team started focusing on what we thought the community needed first," she said. "First and foremost was connectivity to resources … Our community is rich with resources, but if you don't know how to connect to them, it's a little overwhelming."

Her staff got to work cataloging an array of links to unemployment assistance, job opportunities, food pantries, and other support tools. And every Monday, WRC issues a weekly roundup of those resources.

The Women's Resource Center is not just for women, either, Brown added. She estimated that roughly 27% of users engaging with the resource page have been men.

With the increase in stress because of financial pressures and other challenges from COVID-19, WRC recognized the importance of continuing to offer mental health counseling.

With the help of its award from the COVID-19 Response Initiative, WRC adapted its registration forms, operations, and counseling sessions to be delivered remotely while still complying with HIPAA.

It also launched a series of webinars, including career coaching and financial counseling, that can be accessed via its online library.

But, "one of the things that became apparent pretty early on was the digital inequity, and how many people didn't have access to anything other than their cell phone to connect to services," Brown said.

So, teaming up with Goodwill Manasota, the two organizations launched "Tech to Connect" to provide laptops to clients who successfully completed digital literacy training.

Upon completion of the self-paced courses, each participant will receive not only an HP laptop but also one year of technical support from Goodwill's information technology department.

The pilot launch included ten clients — five from Goodwill and five from WRC — and a graduation ceremony is in the works. Based on the pilot's success, Brown said she hopes the program can be replicated or expanded in the future.

"I think we take for granted how many people need digital literacy training," she said. "I think that we assume that everybody knows how to use a computer or that everyone has access to the Internet."

But the coronavirus pandemic "required our program that relies so much on in-person workshops to really pivot and change what that means for us," said Michelle McSwain, program director for personal safety and community awareness.

Teachers are the most frequent reporters of child abuse, both nationwide and in the state. This year, McSwain said, reports of child maltreatment are 22% lower than what was already the slowest time of the year when children are not in school.

"When you remove teachers from the equation, kids' personal safety becomes a huge risk," McSwain said. "We, as a team, had to come together pretty quickly and find out how to continue meeting the needs of our community."

The organization immediately started filming videos, she said. Clients can request a specific topic tailored to their age group and skill set, free of charge.

Once the videos are produced, the CPC also provides supplementary materials that children can take home – like bubbles to help practice the technique of "bubble breaths" for managing stress.

Clients requesting the videos have largely been small-group and remote summer programs as well as other professional organizations that work with children.

CPC has also had to tailor its curriculum to meet current needs, like identifying signs of child abuse or neglect based on the environment and people visible in a video call.

And lately, McSwain said the organization has also seen an increase in demand for topics related to stress management, mental health, and internet safety.

"We have a connection with the kids in the community from seeing them year after year," she said. "It's been difficult not to have that in-person connection, but we feel good knowing that they're receiving the information, and it's better than nothing."

Now, McSwain says presentations are no longer constrained by her team's availability. Plus, she says, children might relate to the videos even more, since "this is their language."

"It allows more people to have access to information that they otherwise wouldn't have," she said. "I think that this is just something that we've all learned to embrace."

CPC also facilitates supervised visitations between children and parents who may be struggling with a divorce, custody battles, or substance abuse.

How often a parent gets to do supervised visitation – and how long their visitations must be supervised – is largely up to the family court judge presiding over each case.

At the outset of the pandemic, "the reality is that my program probably would have been first on the chopping block," said Brooke Robertson, who oversees supervised visitations with a staff of two – including herself – plus about 60 trained volunteers.

"We were determined to keep it afloat."

Virtual visitations were familiar territory for Robertson, who had relied on Skype to stay in touch with her husband when he was deployed to Iraq. She said their son hardly even remembers his father's absence because of how often they used the video-chatting platform.

So when the pandemic upended everything about life as we know it, Robertson knew that discontinuing supervised visitations would not be an option. She obtained a "grand sweep" of approval from Sarasota County's chief judge to allow visitations to continue remotely.

"It's do or die," she said. "This is for these kids. Even if that parent is not a perfect parent, the kids don't care. They just want to hear 'I love you, I miss you, I'm thinking about you.'"

And since Sarasota County Schools had already provided computers and internet devices to students who didn't have them, Robertson said, "no parent could genuinely say they didn't have a smartphone or laptop" to continue visitations.

In April, the CPC set a state record for the number of supervised visitations conducted at 100. Robertson said the flexibility of having students and parents working from home made it easier to schedule back-to-back sessions each day.

"For our parents, their children are their hope," Robertson said. The visitations are "the highlight of their month."

While families are still looking forward to the day they can hug each other again, Robertson said virtual visitations would be permanently integrated into its future offerings. That way, they can accommodate out-of-state parents and children who may spend summers at their grandparents.'

"I very much believe in the child's need for both parents," Robertson said. "Whether that parent maybe isn't the greatest spouse, or maybe is still struggling with substance abuse – that's still dad."

The organization – which serves Charlotte, Hardee, DeSoto, and Highlands counties – is another that relies heavily on in-person contact to provide child care support.

"We've had to reevaluate how we're utilizing our time for children," said Executive Director Anne Bouhebent. "Instead of our specialists being able to go into child care provider sites, that's either happening virtually, or we're sending out materials or driving them out."

The ELCFH has primarily been making contact with clients via email, phone calls, and video calls. It has also amped up its efforts to reach the children they can't regularly see, like providing "bookbag buddies" with books, stuffed animals, and blankets inside of a backpack for children in the foster care system.

Bouhebent said the organization was already positioned to embrace an online transition since its family portal had been online for years. Families typically call if they need technical support, and so far, there have been no complaints of technology being a barrier to client access, Bouhebent said.

Working from home, the staff quickly learned how to forward calls from their office to their homes, and they've adapted daily staff briefings to be held on Zoom.

Telecommuting, Bouhebent said, has helped provide additional flexibility for employees with children at home. If an employee needs a later start to their workday, making up the time during the evening creates "a better base for customer service" for the clients who need later hours to communicate.

"I know at the end of it, we'll be very proud of ourselves that we made it," she said.

And with help from the COVID-19 Response Initiative, Bouhebent said, the organization has been able to solidify its home visitation practices.

Historically, the ELCFH has only ever provided its services directly at child care sites. Before the pandemic, it was exploring home visitation as a new way to meet clients where they are.

While the ELCFH is always going to rely on face-to-face interactions to make the biggest impact, Bouhebent said the pandemic has taught her that it is possible to make the most out of virtual operations — especially telecommuting.

She attributed the success to her team's "can-do" attitude.

"If we work really hard … there are still ways we can deliver that compassionate service to families," she said. "It's not ideal, and we're all looking forward to getting back to our normal way of working because we know that's the best way to reach families."