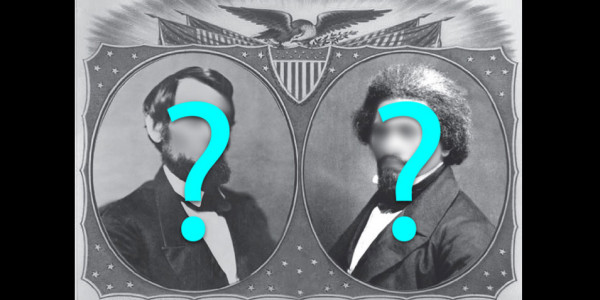 A Walk To Respect

Posted on February 18, 2022 by Michael Zimmerman, TPF Fellow 2021/22
The staged reading of the one-act play Abraham Lincoln and Frederick Douglass: A Walk to Respect brings into focus a friendship between two historical leaders who changed the course of history. While they did not see eye to eye on many of their views, they managed to push boundaries through challenging conversations in pursuit of their shared aspirations. The performance takes a unique approach, weaving spoken word poetry to highlight themes present during Lincoln and Douglass’ lives which remain present today. Drawing parallels between then and now, new questions emerge around ongoing challenges our society faces today and how those who disagree can find ways to come together and address them.

On January 25th, The Patterson Foundation (TPF) hosted a virtual live-discussion panel facilitated by Ben Tollefson, one of the creatives involved in the production. It featured actors Michael Krebs as Abraham Lincoln, Joel PE King as Frederick Douglass, Cedric Hameed as narrator and original spoken word poet, and playwright Beth Duda. An engaged audience of 70+ participants arrived inspired and eager to dive deep into conversation around the performance.

I extended an invitation to family, friends, and colleagues for the live-discussion panel, which many attended and participated. Among the participants was my dear friend and former Brooklyn, NY neighbor Courtney J. Boddie, Vice President, Education & School Engagement at New 42/New Victory.

During the pandemic, isolated in our apartments, Courtney, a woman who identifies as Black/African American, and I grew even closer as neighbors and friends, bonding to survive the pandemic and help each other—and our surrounding neighbors and friends in our building’s community—through the trauma of early 2020 in NYC. While living through a pandemic, the accumulated trauma caused by racial injustice and many other perpetuating societal inequities was loudly illuminated as an acute pain point at the murder of George Floyd. Courtney, an educator, both professionally and at heart, allowed me to dive deep into conversations with her around racial inequity and societal systems of oppression during our socially distanced gatherings in our courtyard or walks in Prospect Park. When Courtney accepted my invitation to watch the one-act play reading and participate in the live-discussion panel, I was so pleased! In the days following, Courtney and I had our debrief where she brilliantly shared, “I wish that the following questions could have been posed during the conversation:”

I was particularly struck by Courtney’s questions as I thought about who has stepped forward in similar capacities as Lincoln and Douglass in more modern times. I thought about W.E.B. Du Bois, Dr. Martin Luther King Jr., Malcolm X, Dorothy Height, Ayo Tometi, and James Rucker, who have carried the torch of civil rights activism from times shortly after Douglass and Lincoln into the 21st century. I struggled to identify the Lincoln of today, but maybe there is one!

I also thought about if we need a Lincoln or Douglass of today? I took Courtney’s question into another dimension of thought: Might we each be the Lincolns or Douglass’ of today? Embodying the respect they had for each other—disagreeing, but not being disagreeable—can we carry that into our own social circles, families and/or communities today?

Yet, through the methodology modeled by Lincoln and Douglass in this piece, gaining someone’s respect and understanding starts with a conversation, deep listening, and arriving from a place of willingness. It begins with creating a brave space where people aren’t afraid to share how they feel while being respectful and earnestly seeking to understand the perspectives of those who disagree. People can respect one another enough to listen and share their truths in a space where they can agree or disagree and still learn from one another.