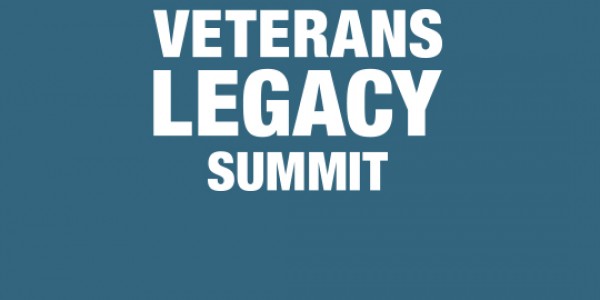 The enduring impact of the Veterans Legacy Summit

Posted on December 23, 2014 by The Patterson Foundation

The Veterans Legacy Summit was part of the inspiring conclusion to years of The Patterson Foundation’s efforts on behalf of our veterans and military families through its Military Initiative. The Military Initiative also included the Legacy of Valor campaign honoring veterans in Southwest Florida and the design, construction and completion of Patriot Plaza, the ceremonial amphitheater at Sarasota National Cemetery.

An eclectic series of events, the November 2014 Veterans Legacy Summit knitted together the many different aspects of the lives and experiences of service members and their loved ones throughout our nation’s history - all while facilitating connections capable of producing innovative approaches to veterans’ issues.

Guests from 25 states and the District of Columbia converged on Sarasota to connect and learn. Among them were leaders representing the military, government, arts and veterans-service sectors. The summit provided these leaders with a unique platform to learn and share with one another on a variety of topics within the space -- from public-private partnerships to support for military families at home.

Through the Legacy Zone and Zoned In events, the summit created an environment for military leaders to connect with the founders and representatives of national veterans-service organizations -- many of which will support the men and women under their command following their return to civilian life. The connective tissue generated during these engagements has created opportunities to deliver these services to veterans early in their reintegration process as well as create similar programs within the military for active-duty personnel.

This theme of serving those who served has become increasingly prevalent nationally, particularly with the creation of the White House’s Joining Forces Initiative developed by First Lady Michelle Obama and Dr. Jill Biden. A plenary featuring Col. Steve Parker, the initiative’s director, connected representatives of several veterans-service organizations - and The Patterson Foundation’s Military Initiative as a whole - to this nationwide endeavor.

During the Veterans Legacy Film Festival, award-winning journalist Soledad O’Brien was on hand to introduce a screening of her documentary “The War Comes Home,” a film following veterans of our recent conflicts and their journey to overcome Post-Traumatic Stress. The audience took with them a heightened awareness of the realities facing many military families and the innovative treatment methods illustrated in the film.

Patriot Plaza was unveiled to national dignitaries during multiple events. These leaders also had the chance to meet the award-winning artists and photojournalists whose work makes Patriot Plaza a sincere and timeless tribute to the families and individuals who inspired its design. Patriot Plaza is now a gift to the community and nation for organizations to plan and host events honoring veterans.

While the Veterans Legacy Summit and Military Initiative have come to a close, their impact will continue to benefit veterans and their loved ones in perpetuity. This enduring impact is only fitting for a group that has been steadfast in their defense of our freedom.