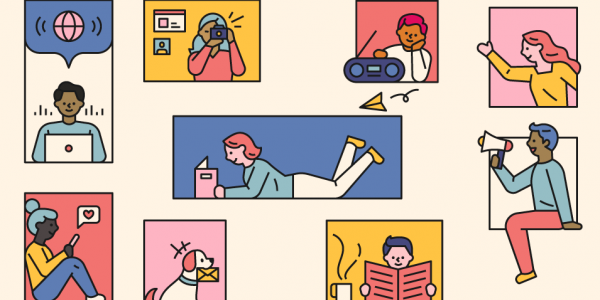 How Media Can Strengthen Vaccine Education

Posted on June 04, 2021 by MagnifyGood
On December 14, 2020, a glimpse of light appeared at the end of a long, dark tunnel. That day, Sandra Lindsay, a critical care nurse at Long Island Jewish Medical Center in New York, became the first American citizen to receive a COVID-19 vaccine. After nearly a year of quarantining, losing jobs, and mourning the loss of too many friends and loved ones, there was hope that we could fight back against this deadly virus.

As the calendar turned to 2021, essential workers, the elderly, and at-risk in our communities soon were able to receive their shots. Simultaneously, private companies continued to expeditiously research and fund development and production of safe vaccines so that more people could receive one. This quickly led to enough for hundreds of millions of Americans. Fast forward to late spring, and every American citizen ages 12 and up can receive a Pfizer vaccine.

According to the CDC, as of May 19, 2021, 47% of the entire American population have received at least one shot, with 37% fully vaccinated. While this is incredible progress, we haven’t crossed the finish line. Many in our communities are unsure about their access to the vaccine and have concerns about its safety.

As part of its COVID-19 Response initiative and to promote vaccinations throughout the Suncoast, The Patterson Foundation and its strategic communications partner, MagnifyGood, teamed up with Dr. Washington Hill and the Gulf Coast Medical Society. Dr. Hill is a Maternal-Fetal Medicine specialist with CenterPlace Health and Sarasota Memorial Hospital. He’s been an obstetrician-gynecologist for 55 years, with 30 of those years in Sarasota, Florida.

By engaging media outlets to reach underserved populations throughout the region, The Patterson Foundation created opportunities to provide timely medical information from Dr. Hill and his colleagues while encouraging people to get vaccinated and move one step closer to a post-COVID world. MagnifyGood worked directly with these local physicians to share their guidance in the following ways.

After extensive conversation and deliberate planning, Dr. Hill and members of the Gulf Coast Medical Society wrote a series of four advertorials. An advertorial is similar to an editorial you’d read in your local newspaper, but it’s placed by an organization, in this case by The Patterson Foundation. These short essays discuss vaccine developments, the safety of vaccines, and how to keep yourself and your family safe from the virus.

After the authors and their content had been established, attention turned to where these would be published. With MagnifyGood’s help, The Patterson Foundation secured full-page ads with outlets such as Tempo News, Sun Coast Media Group, and Peace River Shopper. Through this strategic approach, these advertorials would be read by people of multiple socioeconomic statuses in several counties — particularly BIPOC communities and underserved populations.

While the written advertorials succeeded in reaching a large audience, there remained the opportunity to expand and provide the Gulf Coast Medical Society’s trusted COVID-19 information to Spanish-speaking members of the community. Through a strategic media partnership with Solmart Media — which operates several Spanish-language radio stations broadcasting in nine counties in Southwest Florida, including Sarasota — each advertorial would be read in Spanish and aired on several stations over several weeks. Dr. Hill connected MagnifyGood with several Spanish-speaking doctors in the Sarasota area who could record the advertorials and provide their own valuable medical input on vaccines and the pandemic, with special consideration for challenges facing the Latinx community.

By partnering with these trusted media outlets, The Patterson Foundation has enhanced vaccine education and outreach among tens of thousands of people across the Suncoast — making this a potent element of The Patterson Foundation’s effort to help our region move beyond the disaster of COVID-19 toward a stronger tomorrow. For every person that gets vaccinated, the light at the end of the tunnel glows brighter.