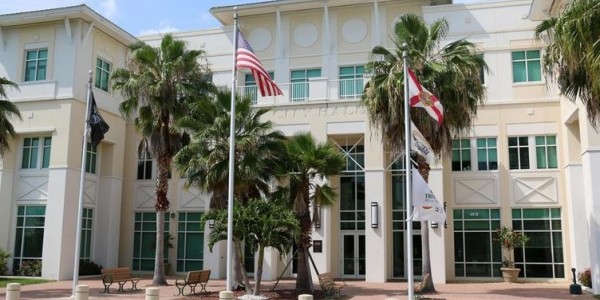 NORTH PORT — The city of North Port is touting a 35.5% self-response rate to the 2020 Census as one of the top return rates in the state of Florida, as of March 23.

"We're off to a great start, but we need to keep up," a city Facebook post read. "North Port has no shortage of community pride, and we want to be #1.

Among other things, U.S. Census data is used for redistricting but also in determining distribution of funding such as proceeds from gas and sales taxes.

Self-response rates account for people who respond to the survey by phone, mail, or online.

Response rates from around the country can be found at https://2020census.gov/en/response-rates.html.

The current response rate for the entire country is 23.6%.

Taylor later added that while the city has roughly 30 signs up around town to encourage census participation, it also has hosted a public forum on the census and had invited census representatives to city newcomers days and the Atlanta Braves rally.

The city also put reminders in the more than 23,000 water bills it sent out, as well as a quarterly newsletter sent to every resident, as well as posting frequent reminders on social media.

All told, the effort has cost $1,229.52, with $725 attributed to the water bill fliers, while the remainder is attributed to signs and banners.