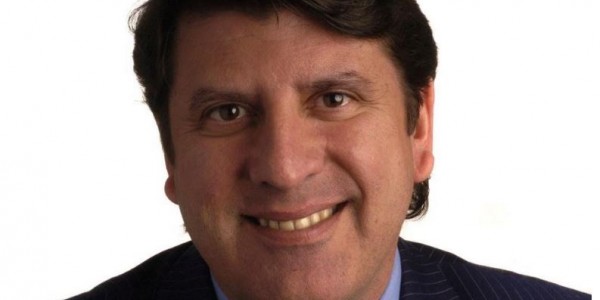 Those words are never chanted by sports fans in celebration of their favorite team’s ranking. That’s because sports are an all-or-nothing proposition; at the conclusion of a season, only one team is considered the best and worthy of holding championship trophy aloft.

Rates of participation in the U.S. census don’t draw the attention of gamblers and bookies the way that sports games do. (When is the last time you heard that Las Vegas bookies were laying odds on the decennial people count?)

Yet the stakes of the census are high. As guest columnists have made clear in the Herald-Tribune, census statistics are used to determine the allocation of federal funds, collected from taxpayers, to a wide array of programs — ranging from health care to infrastructure construction and improvements to environmental protection.

According to a “working paper” included in 2020 census documents, data from the constitutionally mandated count was used to distribute $689 billion during the 2015 fiscal year (the most recent year cited in the research paper).

The single largest expenditure based on census data was $311 billion for the Medical Assistance Program, which was a vital source of federal dollars that, mixed with state funds, mainly covered Medicaid — the crucial health insurance for asset-limited Americans. (Part of the Medicare funding equation took up $71 billion). Nutrition-aid and school meal programs, at some $95 billion, made for another high-dollar amount, while highway planning and construction consumed $38 billion. Housing, education, social services, and land and water protection programs were allocated the bulk of the remaining funds.

All of these services and initiatives were — and remain — particularly important in Florida. Although the Sunshine State ranks third in the number of responses filed to date (5.1 million) behind only California and Texas, Florida’s total percentage is fair to middlin’ — one-tenth of a point less than 50% — nationwide.

Florida’s 31st position in the lower half of the state-participation rankings is discouraging, especially in light of its growing population and substantial funding needs. But there are two good reasons to be hopeful that Florida can stage what could be considered a second-half comeback.

One reason is that voluntary participation via the internet or postal mail will continue through Oct. 31, according to the updated schedule. Enumerators hired by the government will deliver an “invitation” to participate to households between June 13 and July 9; those workers will conduct follow-up visits to homes from Aug. 11 to Oct. 31.

In short, the census “game” isn’t over until it’s over.

What’s more, in our region, the participation rates in several cities and counties show that higher percentages are within reach. Of Florida’s 67 counties, Sarasota ranks ninth, with a 54.6% participation rate. North Port, which has employed an inexpensive but effective campaign, is No. 12 among municipalities, with a 63.7% rate.

When the national project runs out of time, Floridians may not be able to proclaim they were No. 1 in the participation-rate contest. But, at the least, a top 10 finish is possible if enough folks fill out their census forms — because they don’t want to leave money on the table.