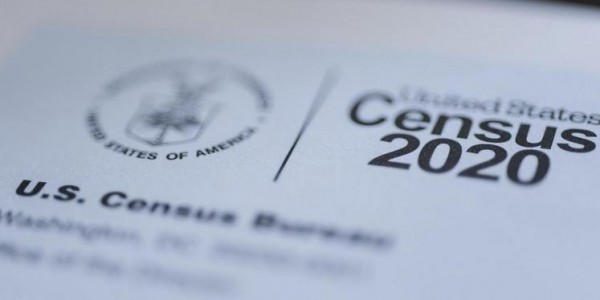 Fill Out the Census for the Children

The census impacts everyone, but young children are especially affected by an undercount.

Available online for the first time, the census never has been been easier to fill out. It’s also never been harder to get people to do it.

Financial cuts to outreach efforts, a historical trend of undercounting, and immigrant policies that instill fear even among legally residing immigrant families stand in the way of participation and an accurate count.

Add a sudden pandemic and statewide social distancing orders, and those challenges grow teeth and nails.

The 2020 Census will help determine how more than $1.5 trillion in federal funding to state and local governments, organizations and individuals is parceled out to communities for the next 10 years.

“The tricky part is that a lot of the outreach has to change due to the virus. We wanted to promote it at free tax preparation sites, libraries and community centers, but they’ve had to close,” said Douglas Griesenauer, director of workforce development & financial stability initiatives at United Way Suncoast.

“We’ve done public service announcements and interviews on Spanish radio stations. We’ve placed signs throughout communities and done everything we can think of to do,” said City Commissioner Shelli Freeland Eddie, chair of the 2020 Complete Count Committee for the city of Sarasota, an initiative committed to census outreach efforts.

Florida is third in the country for the greatest number of children ages 0-11, meaning that the future and well-being of Florida children will impact outcomes for the state as a whole.

“It’s always been tougher to count children of single parents, families with children under 5, or children who live with multiple families. If you have a million things to do, it’s often just not a priority. People right now are stressed. Is their job OK? Or they’re trying to figure out how to get unemployment. It’s unfortunate because so much money is determined for them by the census,” Griesenauer said.

Local governments receive their slice of several tax revenues based on population, and when that population is undercounted, those revenues don’t come through.

“For every person who doesn’t participate, $1,500 per person, per day, per year is lost. For the last census period, we lost $42 million per year for Sarasota County. Over 10 years, that’s more than $400 million,” said Freeland Eddie.

That means programs such as Head Start, Medicaid, the Children’s Health Insurance Program, the Special Supplemental Nutrition Program for Women, Infants, and Children and housing don’t get allocated the monies they need to serve children and families who are eligible. Instead, many end up on waiting lists or go without the nutrition, health care intervention or quality child care that have a proven record of benefiting children well into adulthood.

Family costs increased by 15% statewide from 2010 to 2016, compared to 9% inflation nationally, and affordable housing in Sarasota isn’t easy to come by.

Four out of 10 households spend more than 30% of their monthly income on housing, forcing them to choose between basics like food and child care.

As of April 2, 41% of Florida residents have responded to the census. In Sarasota, that figure is 39%.

Respond by phone, mail or online at my2020census.gov.