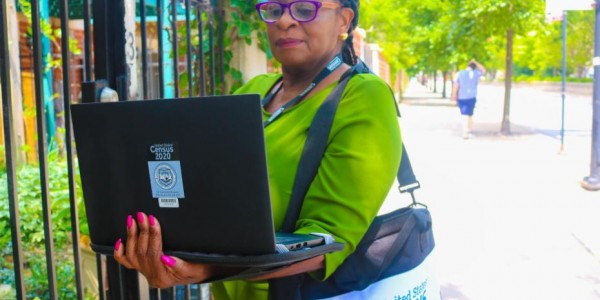 The additional hiring should help the bureau reach 2 million temporary workers for this year’s census.

The U.S. Census Bureau is looking for a few people to help get an accurate count of America’s population. All the bureau needs is 500,000 more hires to reach its goal of more than 2 million temporary workers.

Working on the 2020 census features paid training, flexible hours and weekly paychecks, with a current hourly rate of about $15.50 in Sarasota, Manatee, DeSoto and Charlotte counties. Most of the jobs will run from March through July.

“Whether you’re looking to earn some extra cash, pay down your student debt, or offset holiday season spending, our part-time positions are a great way to do that,” said Census Bureau Director Steven Dillingham. “What better way to earn some extra money and help shape the future of your community for the next ten years than with the 2020 census?”

Though the U.S Census Bureau is the federal government’s largest statistical agency and produces population and demographic data regularly, its biggest job is coordinating the constitutionally mandated census every ten years.

Not only is it required, but it also has a significant impact on states, counties, and communities throughout the country. More than $675 billion is distributed by the federal government each year based on the data. Census data also determines how many representatives each state gets in the U.S. House and impacts everything from emergency services to road construction, disaster relief to economic development.

And since it only happens every ten years, helping to get the count right can have long-term benefits for a community, especially in a state like Florida where the population is growing.

Applicants need to be at least 18 years old and can be working other jobs. Multilingual people are especially needed. Most of the work involves going door-to-door to collect information from households that have not responded online, by phone, or by mail.

The greatest need in this area is in Manatee County, which has only hired about 38% of the workers needed. Both DeSoto and Sarasota counties are still under 50% while hiring in Charlotte County has almost reached 70%.

“Our aim is to reach interested applicants right now, inform them of updated pay rates in their area, and get them into the applicant pool to be considered for these critical jobs,” said Timothy Olson, Census Bureau, associate director for Field Operations. “The hiring process occurs in stages, and we are encouraging everyone to apply right now before selections begin in January and February. Most census-taker jobs begin training and work this spring.”

To learn more or apply for one of the temporary jobs, visit 2020census.gov/jobs.