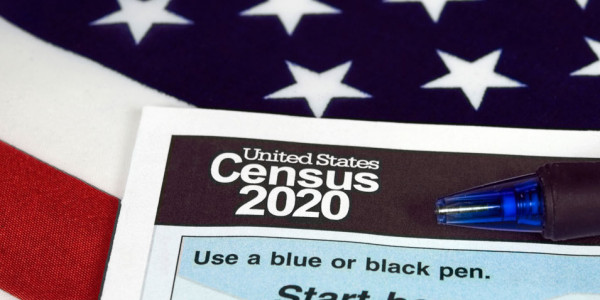 Census 2020: How to be counted in Sarasota-Manatee

Over $1.5 trillion in federal funds, more congressional seats, and business growth all depend on the census.

[You can fill out the census at my2020census.gov.]

2020 is the first year you can fill out census forms online, which makes your job easier than ever. You can also fill out the form over the telephone or by mail if you prefer. The online form and telephone responses are available in the 13 different languages most commonly spoken in households across the U.S. There is also further assistance available in 46 more languages to help people complete the form online and on the telephone.

Though it may seem daunting, the form is rather simple and takes only a few minutes to fill out. There are just a handful of questions starting with how many people are in the household, what kind of home it is, and a telephone number. Then you will need to list the name, race, sex, and date of birth of each person in the house.

The important thing is to be sure to include everyone living in your home as of April 1 (also known as Census Day). One of the most under-counted groups of people is children under the age of 5, which can have a serious negative impact on a community because there are many federal programs focused on children. You can help by making sure you include everyone in the household on the form, no matter their age. 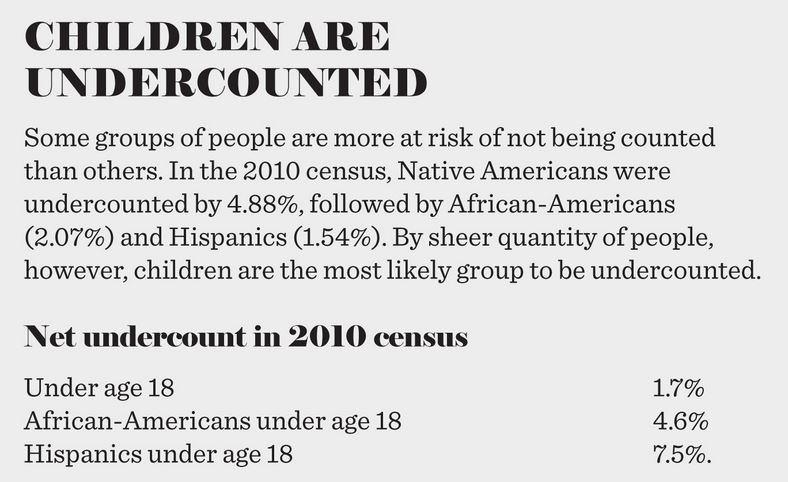 WHEN DO YOU FILL OUT THE CENSUS?
On March 12, the Census Bureau began sending out official mail that included instructions for responding online. Go to 2020census.gov and enter the Census ID included in your mailed invitation. If you don’t have the ID, you can also use your address. If you need help or would prefer to respond by telephone, there is a toll-free number available: 844-330-2020

If you miss the mailing or don’t get around to responding, the Census Bureau will mail out paper forms to everyone who has not yet responded beginning in April. You can fill out the paper form and mail it back, or you can still respond online or by telephone if you prefer.

In May, the Census Bureau will start sending out census takers — also called “enumerators” — to visit households that have yet to respond to help them complete the forms. That’s a time and resource-intensive process, so ideally, most people will have filled out the form already and reduce the need for census takers to start knocking on doors.

HOW ARE NON-HOUSEHOLDS COUNTED?
The Census Bureau needs to count everyone, even if they don’t live in houses, condos or apartments. During the three days leading up to Census Day (April 1), census workers partner with local officials and agencies to count the homeless, including people in shelters, at soup kitchens and mobile food distribution, on the streets, and at non-sheltered, outdoor locations such as tent encampments.

Census takers will also work with colleges, assisted living facilities, prisons, and any other place where large groups of people live together to get an accurate count, then send out workers to ensure that count’s accuracy. The military helps out by counting members who live on base or are serving abroad.

WHAT YOU SHOULD DO
The best way you can help your community have an accurate count is by responding online, by telephone, or through the mail as soon as you receive information from the Census Bureau. Include everyone living in your household, no matter their age, even if they are temporary residents.

You can have even more impact by asking your friends, relatives, and neighbors if they have filled out their census surveys. If they haven’t, help them out. It’s the law, it’s patriotic, and it’s vital to your community.

LANGUAGES AND THE CENSUS
The census form is available in 13 languages online and on the telephone. How did the Census Bureau pick those languages?

The Census Bureau didn’t stop there. They ran the same calculation but dropped the requirement to at least 2,000 limited-English households. That resulted in another 46 languages, for which they provide language guides, language glossaries, and language identification cards, as well as other assistance.

BE AWARE OF CENSUS SCAMS
Sadly, some people try to take advantage of the census for personal, political, or monetary gain. Potential scams or misinformation might come by mail, phone, email, or on social media, but if you are educated about the census, it can be easy to spot them.

Just keep in mind that the Census Bureau, whether in its publications or through its employees, will never ask you for:

If someone claiming to be from the Census Bureau contacts you via email or phone and asks you for one of these things, it’s a scam, and you should not cooperate.

If you see something you are suspicious of, you can help out:
Census 2020 special coverage comes from Aspirations Journalism, an initiative of The Patterson Foundation and the Herald-Tribune Media Group to inform, inspire and engage the community.