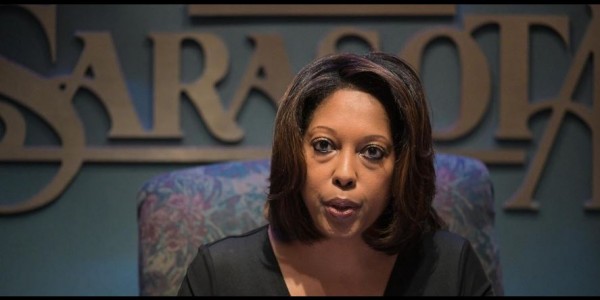 A tale of two cities: Why census participation is critical in Sarasota

Editor's note: This article is written by City Commissioner Shelli Freeland Eddie who is the chair of the 2020 Complete Count Committee. For more information, visit 2020census.gov or sarasotafl/our-city/census. We’re counting on you, Sarasota!

We have begun to see more local public service announcements on the importance of participating in the upcoming 2020 Census count as we approach Census Day on April 1. In our beautiful oasis of Sarasota, it may not seem so important, but local participation is more critical than ever.

With TripAdvisor recently listing Siesta Key Beach as No.1 in the United States and No. 19 in the world, it would appear that tourism is up, markets are good, and that our community doesn’t experience poverty, hunger or homelessness. However, our census data reflects a vastly different Sarasota, one with which our schools, hospitals, nonprofits, and communities are too familiar.

The largest uncounted groups in communities nationwide are children, the poor, African-Americans, LGBTQ youth, Hispanic/Latino families, and the elderly.

In 2010, according to U.S. Census data, only 76% of residents in Sarasota County participated in the Census, meaning that our community lost funding that would have been allocated toward police, fire, roads, children’s school lunches, health insurance, Medicaid, Pell Grants, mental health, veterans’ services, and infrastructure.

Residents are undercounted not because they are unpatriotic or want a handout from the government. Rather, it is because they are busy working multiple jobs to provide for their families and thus fail to participate in the Census. There are also socio-economic factors such as the digital divide, people moving multiple times because of cost-burdened housing, discrimination based on race and sexual orientation, language barriers, mobility issues for the elderly, and residents who are concerned that if they participate in the Census they will face deportation. This fear of government retaliation has contributed to the concern of underreporting that is likely to occur in the 2020 census without community outreach and strategic planning.

The George Washington Institute analyzed 2010 U.S. Census data for all states. It determined that, if the undercounted population for 2020 in Florida is similar to that of 2010, Sarasota will lose $42 million in federal support between 2020 and 2030. Most of those dollars (if received) would support children and families. Not only is it a $42 million funding loss, but its impact on families will have negative effects on how children perform in school, given the financial stress placed on those families.

The city of Sarasota has formed a local Complete Count Committee, working with a host of trusted community partners, including the Sarasota Branch NAACP, Equality Florida, UnidosNow, Coalition of City Neighborhood Associations, Boys and Girls Club of Sarasota, Newtown Nation, Sarasota Housing Authority, School Board of Sarasota County, All Faiths Food Bank, our local faith community, Greater Sarasota Chamber of Commerce, Community Foundation of Sarasota County, and The Patterson Foundation. Our theme is: “2020 Census: We’re Counting on You, Sarasota!”

The committee’s goal is to ensure that members of our community understand how census dollars are spent and to encourage all residents to participate this year. The City of Sarasota is the county seat, providing most of the services to our community (mental health, health department, children’s health services, veterans services, police, fire, Medicaid).

We ask every household in Sarasota to participate in the Census. Postcards will arrive beginning March 12. There are three ways to participate: online, by phone, or by postal mail. Responses are confidential! There are no immigration questions. Respondents will not be asked for their Social Security number or bank information.

Sarasota residents who don’t have a computer may complete census forms at Sarasota County public libraries, the Robert L. Taylor Community Complex, the Arlington Park Community Center, and at various places of worship throughout the city on March 29 (during Souls to the Census). The city of Sarasota is also sponsoring a direct mail campaign as a reminder to residents in low-response areas.


This guest column comes from Aspirations Journalism, an initiative of The Patterson Foundation and Sarasota Herald-Tribune to inform, inspire and engage the community. Find more information about the 2020 census at 2020census.gov.