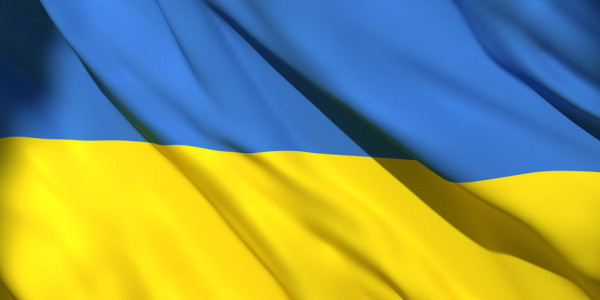 Posted on March 02, 2022 by The Patterson Foundation
According to the United Nations High Commissioner for Refugees, more than half a million people have fled Ukraine since the Feb. 24 start of Russia’s military assault and invasion. Journalists and minority groups who fear persecution under a potential Russian occupation are fleeing the country or leaving areas being bombed or at risk of further conflict. The border with Poland already has lines of potential refugees miles long.

To address humanitarian needs that arise from the ongoing conflict — particularly among the most vulnerable, marginalized, and at-risk internally displaced peoples and refugees — The Patterson Foundation has given $250,000 in unrestricted funding to the Center for Disaster Philanthropy’s (CDP) Ukraine Humanitarian Crisis Recovery Fund.

CDP established its Ukraine Humanitarian Crisis Recovery Fund to give donors opportunities to contribute vital cash donations to Ukrainian and international organizations working to identify and meet the greatest areas of need. The Ukraine Humanitarian Crisis Recovery Fund is informed by CDP’s long history of strengthening disaster recovery, including efforts to protect the millions forcibly displaced by the conflict in Syria.

“The harrowing scenes of violence and destruction flashing across our screens in recent days show humanity at its lowest point,” said Debra Jacobs, president and CEO of The Patterson Foundation. “Now, our better angels must come forth to help the people of Ukraine amid the chaos that has engulfed their home country. The Center of Disaster Philanthropy is an invaluable resource for donors who want to maximize the impact of their funding. Its expert staff has a deep knowledge of complex disaster recovery efforts that ensures funds are applied strategically and effectively for those in need.”

CDP is the only full-time national resource dedicated to helping donors maximize their impact by making more intentional giving decisions in response to domestic and international disasters. CDP’s expertise and tangible impact on communities worldwide have helped it evolve into a trusted resource for both major philanthropists and grassroots donors in over a decade of work. Additionally, CDP consults with foundations and corporations on disaster-related giving strategies that best align with their missions.

“The only certainty in Ukraine at the moment is that it will get worse for too many before it gets better,” said Patricia McIlreavy, president and CEO of the Center for Disaster Philanthropy. “Once again, The Patterson Foundation sets an example, providing a generous and timely gift that will aid the Ukraine people in their time of most desperate need.”

CDP has leveraged the power of philanthropy to strengthen communities recovering from disasters while equipping them for future challenges since 2010. Beyond the Global Refugee Crisis, CDP has strengthened medium- and long-term recovery efforts following Hurricane Harvey, the 2019 California wildfires, and Haiti’s earthquakes in 2010 and 2021. In 2020, CNN honored the organization as one of eight featured nonprofits for the network’s 14th Annual CNN Heroes: An All-Star Tribute ceremony.