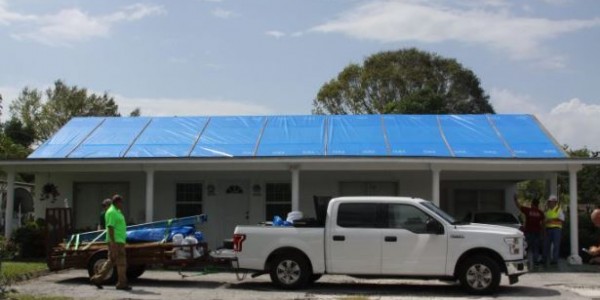 This blog was written by Regine Webster, vice president of the Hurricane Harvey Recovery Fund at the Center for Disaster Philanthropy (CDP), and was originally published on September 25, 2018. The Patterson Foundation donated $250,000 as a catalyst Funder to CDP’s Hurricane Irma Recovery Fund.

It is my great pleasure to let you all know that the Center for Disaster Philanthropy (CDP) recently awarded four new grants to support post-Hurricane Irma housing needs!

Hurricane Irma made landfall in Florida on September 10, 2017, as a Category 3 storm after leaving a trail of destruction through the Caribbean, including significant devastation throughout the Leeward, U.S. and British Virgin Islands, Puerto Rico, Cuba, and Haiti.

Irma killed at least 92 people in the United States, and 134 total, as it swept through the Caribbean and up the Gulf Coast. Irma was the fifth costliest hurricane on record with a damage estimate of $53.4 billion in the continental U.S. Its total devastation was nearly $65 billion including damage in the Caribbean.

Under the guidance of the grant committee, the Fund continued to focus on the varied housing needs that exist across the state of Florida. These include supporting the housing needs of older adults, those individuals living in the Florida Keys and broad planning efforts focused on affordable housing.

The CDP board of directors approved four grants totaling $570,000 for the following organizations:

Details about our first round of grantmaking for Hurricane Irma can be found here.

The Center for Disaster Philanthropy is thrilled to be supporting these four important organizations.