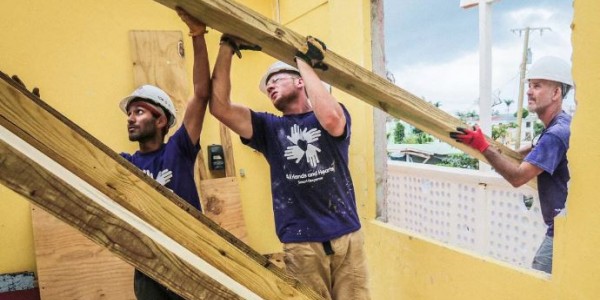 What Does a More Thoughtful Disaster Response Look Like?

Editor's Note: Eillie Anzilotti is an assistant editor for Fast Company's Ideas section, covering sustainability, social good, and alternative economies. Originally published in September 2018, this article embodies why it is crucial to make intellectual rather than emotional decisions when contributing after a disaster and emphasizes the importance of support through the full cycle of disasters, including planning, preparation, mitigation, recovery, and resilience, as well as short-term relief.

Recovery after an event like Hurricane Florence takes years, but most donations stop after two months. A new coalition wants to help companies plan their giving to match real, on-the-ground needs over time.

On September 14, Hurricane Florence made landfall in the Carolinas. Days after, flood waters continue to rise. Thousands of homes–over 4,300 in Bern, North Carolina alone–have sustained damage, and the full effects of the hurricane are not yet known.

But the pattern of response to Florence will be more predictable. Already, corporate donors are pledging commitments to aid affected areas, and fundraisers for organizations like Habitat for Humanity, the American Red Cross, and GlobalGiving are underway.

These rapid response efforts are crucial, but according to the nonprofit Center for Disaster Philanthropy (CDP), they too often signal the end of the line. Around 70% of the money and resources donated after a disaster goes to immediate response efforts, but in reality, recovery requires a long-term investment. Just 5% of money raised after a disaster goes toward extended recovery and rebuilding efforts, which is often where residents find themselves at a loss for aid. While federal programs like FEMA also provide assistance to affected people immediately after a disaster, grants for home repair and recovery generally only amount to a few thousand dollars, with no promise of extended or on-the-ground support.

Over the past several years, the CDP has worked to educate corporate donors, philanthropies, and the broader public about effective disaster response strategies (its Disaster Philanthropy Playbook, released in 2016, is a good primer). Now, a coalition of nonprofits–the disaster relief and recovery organization All Hands and Hearts-Smart Response, Good360, and Global Citizen–have teamed up to get individual and corporate donors alike to pledge to follow a more thoughtful pattern of post-disaster action.