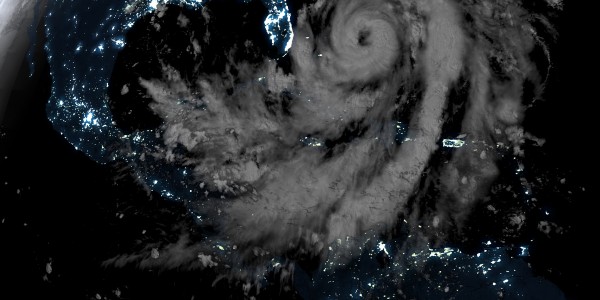 How Expertise and Crowdfunding Heft Are Coming Together on Disaster Relief

Editor's Note: Philip Rojc is a writer for Inside Philanthropy, which originally published the following blog. The connections made between the Center for Disaster Philanthropy and Crowdrise illustrate how cross-sector collaborations can strengthen a variety of efforts.

Disasters get a lot of media attention. Whether they are natural, like the flooding in Louisiana this August, or human, like the Syrian refugee crisis or the tragic shootings in Orlando, sudden disruptive events lend themselves to crowdfunding to pay for relief and rebuilding. The attacks in Orlando, for instance, led to record online fundraising on platforms like GoFundMe, bringing in millions for the victims in a matter of days. The key drivers: comprehensive media coverage, surging activity on social media, and simple word of mouth.

Still, there's plenty of room to do better, especially in situations where there's really a bottomless pit of need, such as after major disasters.

Late last month, the Center for Disaster Philanthropy (CDP) announced a new partnership with Crowdrise, a leading platform for crowdsourced charity. When disasters occur, CDP will coordinate with Crowdrise to set up a crowdfunding campaign tailored to the “short- and long-term needs of the impacted community and the nonprofits who are meeting those needs.” The idea is to create a crowdfunding infrastructure that stands out in an increasingly noisy universe of urgent solicitations, reassuring donors that their money is making an immediate and reliable impact.

Sifting through the giving channels that spring up after a disaster and deciding which one to fund is no easy thing. But combining CDP's expertise and Crowdrise's infrastructure could help change that.

Unlike the biggest crowdfunding sites—think GoFundMe, Kickstarter, and Indiegogo—Crowdrise is a platform for charity alone. Entrepreneurs, inventors, and small business owners should look elsewhere to raise cash. But there is wiggle room: campaigns can benefit an organization from a pool of over 1.5 million nonprofits, or a private individual with a good cause (i.e. medical expenses or accidents).

Despite its charitable focus, Crowdrise is a for-profit enterprise. Back in 2009, it got its start via a band of co-founders including actor Edward Norton, film producer Shauna Robertson, and Moosejaw founders Robert and Jeffrey Wolfe. The company takes advantage of Norton’s public profile to boost its position in a sea of crowdfunding startups, and in 2014, it received $23 million in venture capital from a cadre of Silicon Valley investors including Jeff Bezos. Twitter founder Jack Dorsey has also invested in the site, and it has the blessing of Craigslist founder Craig Newmark.

Crowdrise goes out of its way to court a hip, millennial-friendly image. While some of its attempts are goofy, the strategy makes sense. While younger people often don’t have as much to give, they’re more likely than older people to donate online and, as the biggest generation in history, there's some real funding muscle to be tapped here.

On the other side of the partnership, CDP is a small, serious organization with a budget of around $3 million. It draws on the expertise of a network of partners and an advisory council to develop resources to guide disaster giving. These include an annual report on disaster-focused charity (in partnership with the Foundation Center) and a Disaster Philanthropy Playbook, laying out strategies for effective funding after a disruptive event. Among those supporting CDP are some big names including the Ahmanson Foundation, Google.org, Conrad N. Hilton, the New Venture Fund, and the Rockefeller Foundation.

At IP, we're big fans of CDP's work, since we cover funding for disasters and refugees pretty closely and know just how important it is to bring new ideas and knowledge to this funding space.

Nobody knows when or where disasters will strike. But we do know that they are inevitable, and partnerships between entrepreneurs and experts can help untangle some of the disorderly charity that arises in their wake.