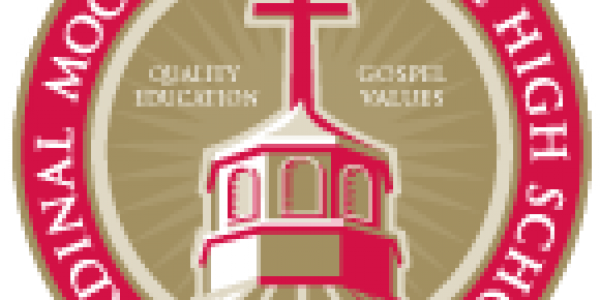 Cardinal Mooney rises to the challenge of a $1.1 million match

So how do you raise $1 million within a 20-month deadline? Well, it helps if you are deeply motivated to provide students without financial means an education at Cardinal Mooney Catholic High School (CMHS).

In April 2011, The Patterson Foundation presented this challenge to Sister M. Lucia Haas, President of CMHS.

During the campaign kick-off, TPF announced its $1 million donation to seed the Sister M. Lucia Haas Scholarship Endowment, which was created to honor the faith and friendship of Dorothy Patterson and Sister Lucia. In addition to the initial gift, TPF offered up to an additional $1 million match for new or increased donations to the Endowment by  December 31, 2012.

In September 2012, Sister's dedicated efforts to meet the match did not go unnoticed. Her determination and incredible support from community inspired TPF to offer an additional $100,000!

Sister's dogged fundraising paid off, and on December 6th a $25,000 donation took Cardinal Mooney over the $1.1 million match - raising a total $1,120,989.40 in pledges and contributions. Again impressed by the generosity of others, TPF was thrilled to increase the match to $1,125,000 - bringing the endowment to over $3.2 million for student tuition assistance.

Recently, I asked Sister Lucia about her key learnings in successfully surpassing the match. Without a moment's hesitation she said, "A lot of praying!" She continued by sharing the importance of a supportive and committed board, sharing that all CMHS board members stepped up and provided their support for the challenge. She also said she learned the importance of having a strong, strategic steering committee in place, keeping everyone motivated and the fundraising on track.

Getting the word out was done via awareness sessions, board updates, referrals and visibility on the CMHS website. Also, the tried and true form of personally reaching out and connecting with her CMHS supporters worked very well.

What was the hardest part in raising the funds? Sister confided, "The biggest difficulty for me was asking donors to give to the Sister M. Lucia Haas Scholarship Endowment...saying my own name. It's hard to do! It got to the point where I would just say, 'it's the million match,'offered by TPF."

Sister Lucia also shared that acknowledging each and every donor for his/her donation is key. Handwritten cards were sent to each donor thanking them for their contribution. Big or small, each and every gift made a difference in meeting the match and ensuring no funds were left on the table.

In total, 250 gifts were received, ranging from $50 to $100,000. Moved by the outpouring of generosity from the community, Sister's gratefulness to those who continue to support schools and education in our community is immeasurable.