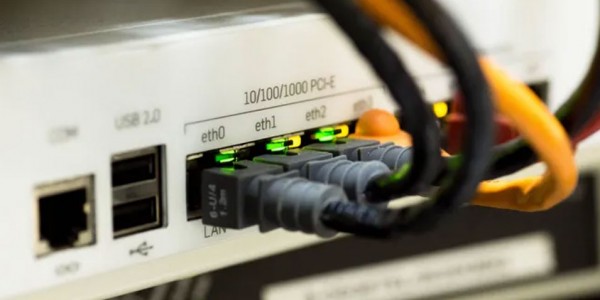 Posted on January 13, 2021 by Justin Garcia, Sarasota Herald-Tribune
A week ago, President Trump signed a $900 billion federal stimulus package, which includes $7 billion dollars for broadband development and assistance for those in need.

According to Broadband Communities Magazine, at the behest of the Federal Communications Commission, $3.2 billion dollars are designated to help cover low-income Americans’ broadband bills of up to $50 per month. This assistance can be accessed by those who are currently using the FCC’s Lifeline program, along with Pell Grant recipients, families eligible for free school lunches, and those who have lost their jobs or have been laid off at any point since the COVID-19-driven economic crisis began.

After the stimulus package is finalized, it could take a couple of months for the broadband benefit to be available to those in need.

Sarasota Mayor Hagen Brody says that while he thinks the benefit amount could’ve been higher to ensure coverage for all Americans, it’s a positive step toward making sure people in need have access to broadband.

“I hope that it covers enough Sarasota residents so that people in low-income areas can access high-speed internet for school and work purposes during this crisis,” said Brody. “COVID-19 has not only underscored the continuing digital divide, but also highlighted the urgency and necessity of equal access to high-speed internet.”

Brody says that part of the City of Sarasota’s job is to help make residents aware that the benefit is available to them. They plan to do this through using public-access messaging, social media, and email.

“As we break down what’s included in this benefit, we’re going to do the best job we can to get the word out to our residents to let them know how to take advantage of these programs,” Brody said.

The other $3.8 billion of the broadband funds will go to various projects.

Axios reported that the bill devotes $1 billion to Native American tribal broadband initiatives, about $300 million to rural broadband, $285 million would help develop broadband near historically Black colleges, $250 million is slated for the FCC’s telehealth program, and $65 million is dedicated to broadband mapping.

The FCC encouraged lawmakers to designate $1.9 billion of the funds for a “rip and replace” of Huawei and ZTE equipment, which was declared a national security threat in June. In a public statement, Huawei said it was disappointed in the FCC’s decision “to force removal of our products from telecommunications networks. This overreach puts U.S. citizens at risk in the largely underserved rural areas – during a pandemic – when reliable communication is essential.”