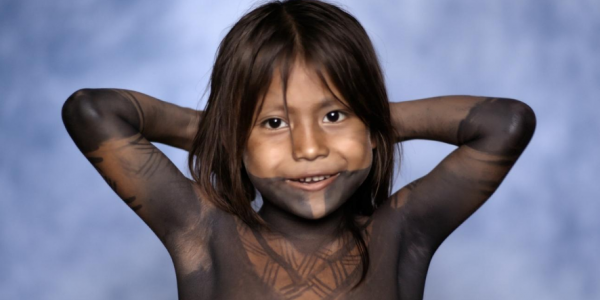 A documentary that focuses on early childhood development filmed scenes in Sarasota.

The Colosseum and the Pyramids can be restored, but they can only be built once. And although the human brain isn’t listed as one of the Wonders of the World, newborn brains are similar.

The first three years of life are when brains are built, and although change is possible as we grow, science proves that getting it right from the beginning is the best opportunity we have to increase our chances of thriving.

Those years are the focus of the new documentary “Brain Matters.”

It strings together interviews, family stories, and research footage from around the world to bring early brain science into the mainstream, and reinforce the early child development movement.

The production even visited Sarasota, where filmmakers interviewed Kathryn Shea, CEO of The Florida Center for Early Childhood, and filmed a “Mind in the Making” workshop sponsored by the Suncoast Campaign for Grade-Level Reading.

“It’s more than a film. It’s a call to action,” said Carlota Nelson, director of the documentary.

And that action can be summed into four main takeaways for all adults who parent, work with, or cross paths with infants.

First, the expression, “I was born this way,” is a myth, and though genes can influence some behavioral traits, “what determines future attitude and behavior are the experiences you’re exposed to as a child. And those have nothing to do with toys or money,” Nelson said.

They have everything to do with frequent, high-quality, and individualized exchanges with adults.

1. A responsive and nurturing caregiver.

Respond to cues. If baby points to a cup, look at the cup and ask if they’re thirsty and offer water. When a 2-year-old turns away and wiggles during storytime, ask if she would rather play. When a baby cries, hold him. Touch lets babies know they’re safe and is even proven to influence brain growth.

Babies may not yet be conversationalists, but be a chatterbox. Adults who interact with babies using everyday words, especially face to face, help them learn language. In fact, the prevalence of “baby talk” at 11 months can predict the number of words recognized at two years old.

Narrate everyday moments from the bus stop to the grocery store and ask questions.

“Let’s set the table. How many people are going to eat? How many plates should we use?”

Play is where young children learn to take turns, work as a team, and recognize, express, and respond to emotions.

If a child grabs a ball from another and upsets them, identify what’s happened to both of them, and encourage empathy and sharing.

Starting life with breast milk is ideal, supports bonding and benefits mom, too.

While “Brain Matters” makes the case for investing in quality early-childhood education and parent engagement, the mission now is to spread the message.

That’s why the team created bite-sized clips from the documentary, and hope to place them in pediatric and obstetric waiting rooms, show them to early educators and caretakers, and ultimately policymakers and politicians.

“I won’t be able to get a politician to sit for 72 minutes, so we distilled the facts and made them available for free because this isn’t about politics, it’s about the future citizens of the world and the best investment for society,” Nelson said.

“Brain Matters” is now available on iTunes and Amazon.